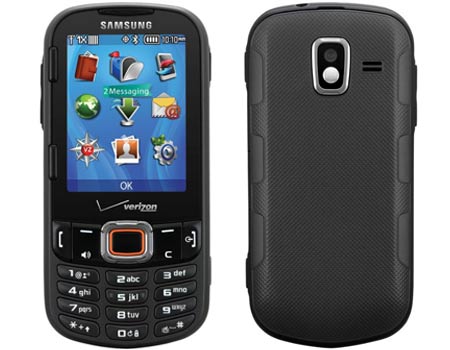 With the launch of the Verizon Samsung Intensity III, it seems clear that the South Korean manufacturer is pretty intense about pleasing texting buffs on the lookout for a budget phone. As made obvious by the moniker, it’s the third in the series that debuted with the Intensity, way back in 2009.

Not much has changed in terms of this handset’s build – enthusiasts will get the same slide-out QWERTY form factor as well as a standard keypad just below the screen. In other words, Samsung has stuck to the familiar Intensity design. The body is constructed to take a bit of roughhousing with its Military Specifications 810F standards certification against shock, dust, extreme temperatures, humidity, vibration and so on.

Additionally, the phone is claimed to be crafted out of 80% post-consumer materials such as recycled plastic and polycarbonate materials. Assuming customers who care about this aspect of the manufacturing process are likely to be eco-conscious, another feature that should keep them happy is the onboard eco-calculator. The utility helps keep tabs on car fuel mileage, efficiency and even assesses the amount of carbon dioxide emissions. 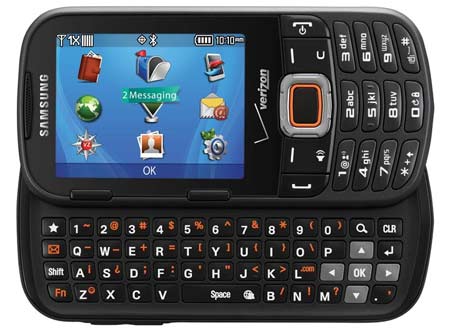 A 2.4-inch, 240 x 320p QVGA display stretches itself across the device’s front panel and there’s a very basic 2MP camera on the back which comes with several shooting options. Easy access to Facebook and Twitter, VZ Navigator, up to 32GB microSD support and Bluetooth appear on the specs sheet. Lastly, the handset packs in a Fake Call tool which allows users to set up a pseudo-call and get out of sticky social situations.

The Verizon Samsung Intensity III can be picked up for $79.99 after a $50 mail-in rebate. The deal will also tow along a two-year customer agreement and data plans, of course.