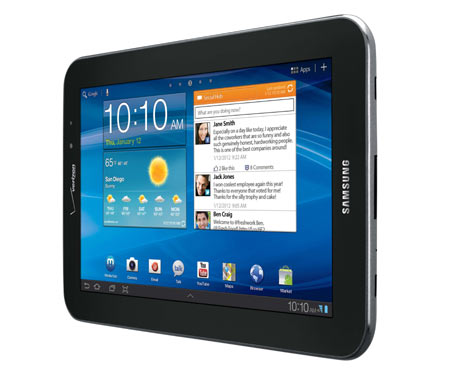 For those who were eagerly anticipating this slim slate, the Verizon Samsung Galaxy Tab 7.7 has finally received a release date. This fresh tablet from Samsung will be made available on the 4G LTE Verizon network starting March 1.

The device possesses a 7.7-inch Super AMOLED Plus touchscreen, which displays visuals in a resolution of 1280 x 800p. A look at the hardware specifications divulges a 1.4GHz dual core processor as well as an integrated memory of up to 16GB. Internet surfers can also take advantage of the integrated HTML 5 web browser.

Operating on the Honeycomb OS, this member from the Galaxy Tab family can also accommodate a microSD card of up to 32GB storage capacity. The Android version 3.2 platform gives access to several Google services like Gmail, YouTube, Google Talk with video chat, Google Maps, Google Books and movie rentals, along with some others. In addition to this, the device is also compatible with over 400,000 apps from Android Market. 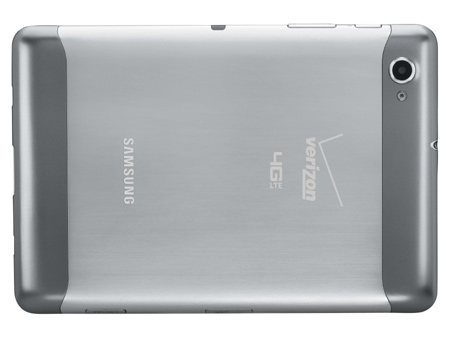 The Verizon Samsung Galaxy Tab 7.7 price tag reads $499.99 with a new two-year customer agreement. Starting March 1, it can be purchased from Verizon Wireless Communications Stores as well as the network carrier’s official website. Along with this, users will also require to subscribe for a 4G LTE mobile broadband data package of minimum $30 per month.