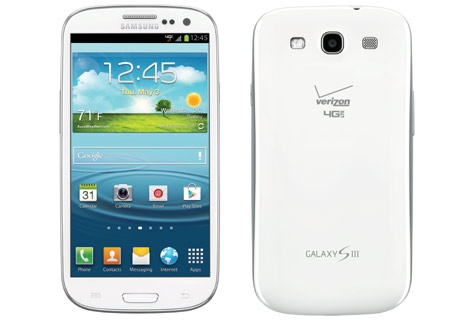 The wait for the Verizon Samsung Galaxy S3 is almost over as the carrier has now officially announced its secondary launch date for the smartphone. Besides Verizon, AT&T and Sprint have also faced a few inventory-related issues for the new Galaxy member, while T-Mobile was the first to meet the specified availability deadline in the US.

Apart from access to the carrier’s 4G LTE network that covers approximately 304 markets across the US, users will be presented with the Viewdini and Color applications. The former aims to deliver a wide catalog of videos from a host of providers like cable operators, websites and other popular sources. And through the latter app, live video broadcasts can be conveniently shared with others on Facebook.

Running on the Android Ice Cream Sandwich platform, the S3 incorporates a 1.5GHz dual core processor and 2GB of RAM for the US. Through Pop Up Play, users will be able to view videos in a mall window and at the same time utilize the rest of the display to carry out various other tasks. Moreover, the mobile hotspot capability allows a 4G LTE connection to be shared with up to 10 Wi-Fi-enabled devices at the same time.

The Verizon Samsung Galaxy S III release date is pinned down for July 10, 2012. Once launched, the smartphone can be picked up in 16GB and 32GB variants for $199.99 and $249.99, respectively. Accompanied by a new two-year customer agreement, the 16GB handset is scheduled to arrive through retail stores and online, while the 32GB version will initially be up for grabs via the carrier’s website. Availability in stores for the latter is expected to commence in the coming weeks.