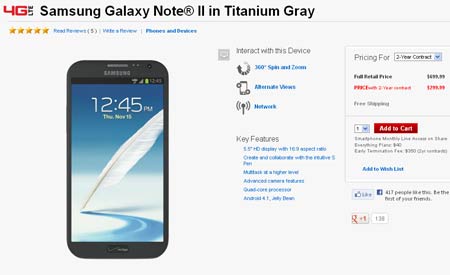 The price for the Samsung Galaxy Note 2 and launch through Verizon are out, more than two months since it was revealed to have been lined up for various US carriers. Well, the service provider has brushed the dust away, stating that the phone can now be picked up via its online portal and in stores.

The 5.5-inch Galaxy Note 2 is deployed with an HD Super AMOLED screen which has a resolution of 1280 x 720p and a slim form factor of 0.37 inches, emphasizing more on the original phablet design. The hardware components incorporated here have been beefed up compared to last year’s Note. The Qualcomm processor has been replaced by the company’s own Exynos SOC featuring 4 cores and a clock speed of 1.6GHz. 2GB of RAM takes it place for smooth operations while 16GB of integrated storage caters to hoarding needs along with a microSD card slot supporting up to 64GB. 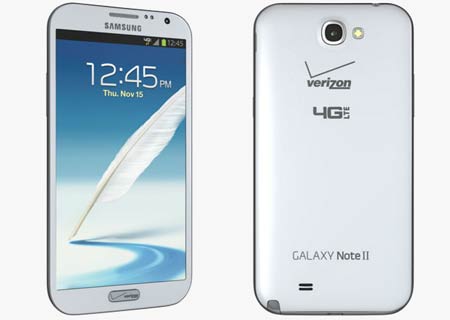 Owing to these high-end specifications, the device is capable of delivering enhanced multitasking capabilities. Users will be able to run 2 apps simultaneously in Multi Window view, stream YouTube videos in one and text a friend in the other half of the screen. Additionally, Samsung states that the Note 2 is SAFE-certified, making it business-ready with various attributes such as on-device encryption, Microsoft Exchange ActiveSync, Mobile Device Management and VPN support. There’s also 4G LTE for browsing the web and downloading content. Fitted onto the handset’s rear is an 8MP AF camera that can record videos in 1080p FHD, while the front houses a 1.9MP snapper.

The Samsung Galaxy Note 2 carries a $299.99 price tag through Verizon and as hinted earlier, it is now available for purchase in stores and online with a 2-year service agreement. With a month-to-month subscription, potential buyers can pick up the phone for $699.99. On AmazonWireless, the Sprint and AT&T variants are retailing for $224.99 and $174.99, respectively, on-contract. 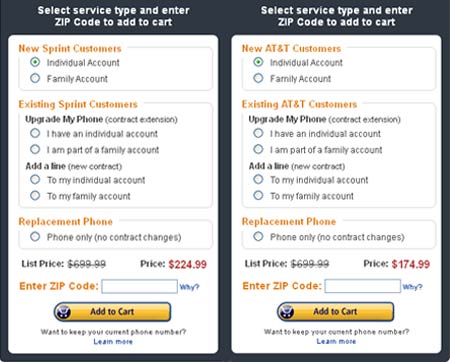