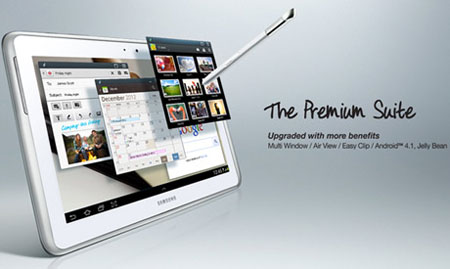 The Samsung Galaxy Note 10.1 LTE release date was not announced when the device was introduced by Verizon Wireless at the CES in January, but looks like it is finally arriving in the US. If the rumors doing the rounds on the web are to be believed, the tablet will hit store shelves on March 7.

Unlike its non-LTE version, the Galaxy Note 10.1 LTE operates with the help of the Android Jelly Bean v4.1 OS. Already available in the country through U.S. Cellular, this device has also made its way into the UK through EE, while its garnet red variant went official in South Korea only last month. It is accompanied by the advanced S Pen stylus and is pre-installed with multiple applications especially optimized for the digitizer. 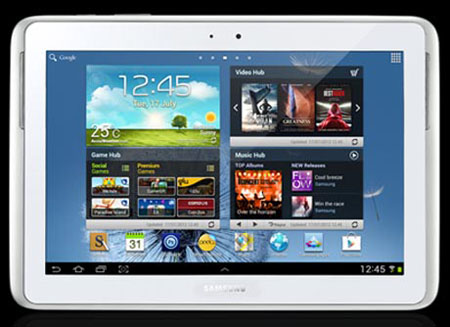 Said to be apt for taking notes, editing pictures and multi-tasking, it is deployed with the multi-screen function so prospective users can open a couple of windows at the same time. For editing purposes, the tablet tags along Adobe Photoshop Touch, while Smart Remote by Peel enables customers to control their home entertainment devices through the slab. Moreover, Polaris Office has also been added to the mix for business professionals.

The slate’s WXGA multi-touch LCD display is capable of rendering high definition visuals in 1280 x 800p resolution. It gains steam from a quad core Exynos processor running at a speed of 1.4GHz as well as 2GB of RAM and ships with 16GB, 32GB or 64GB internal memory. An expansion slot has been embedded to increase its storage further by up to 64GB.

And if that’s not enough, the multimedia device extends support to audio and video formats such as MP3, WMA, AAC, MIDI, WAV, MPEG4, DivX, FLV, MKV and many more. It can even capture decent-quality videos and pictures using a 5MP auto focus camera with LED flash. And to make video calls, the company has a 1.9MP front-mounted webcam. Its ability to stay charged for a long time can be attributed to a 7000mAh lithium-ion battery.

The Samsung Galaxy Note 10.1 LTE availability details are yet to be confirmed by Verizon Wireless, but Android Central reports it is likely to come this week itself.