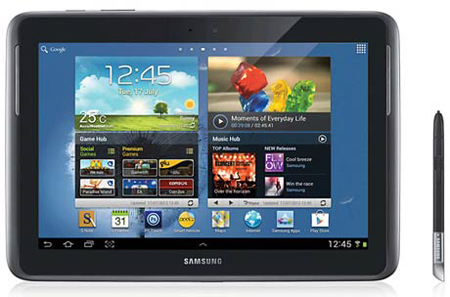 A price of $599.99 has been announced for the Samsung Galaxy Note 10.1 LTE and its release date in the US through Verizon Wireless is indeed falling on March 7. It will be available along with qualifying 4G LTE data plans and prospective users have the option to add the tablet to their existing Share Everything account for a monthly rental of $10.

Besides the service provider in question, the device is available in the country through U.S. Cellular and has been launched in the UK too. The garnet red-colored version has already seen the light of the day in South Korea, but the OEM hasn’t mentioned anything about its arrival in the other parts of the world. Also, this updated version of the device runs Jelly Bean 4.1 instead of the Ice Cream Sandwich OS. 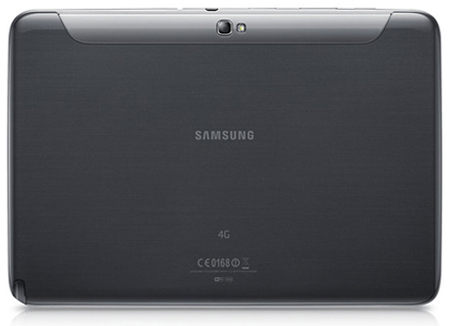 As the name suggests, the slate’s front is adorned with a 10.1-inch WXGA touchscreen which projects visuals in 1280 x 800p resolution. The slab is packaged along with an S Pen digitizer to facilitate writing in natural handwriting, editing pictures and more using pre-loaded applications optimized for the stylus. This multitasking tablet attributes its ability to load more than one application at the same to an Exynos quad core processor ticking at 1.4GHz.

While the Android platform proffers an intuitive user interface as well as smooth transitions between apps, 2GB of RAM is responsible for ensuring improved navigation. And as far as hoarding digital content on the device is concerned, it provides 16GB, 32GB or 64GB of onboard memory which is expandable by up to 64GB using a microSD card.

A powerful 7000mAh lithium-ion battery rests under the hood and seems to be capable of coughing up the juice for computing time of up to an entire day. Casual photographers can make use of a 5MP auto focus camera to capture still shots and videos, while the front-mounted 1.9MP webcam enables face-to-face video conferencing.

The Samsung Galaxy Note 10.1 LTE will be up for grabs starting tomorrow through the official Verizon Wireless website and retail stores.

Here’s a list of the key specifications of the slate: