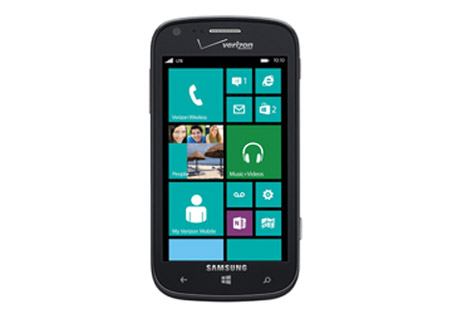 The Samsung Ativ Odyssey is on its way to Verizon Wireless and should touch down soon. It brings along 4G connectivity and a zippy processor to the US and will soon be the third Windows Phone 8 device that the carrier offers its customers.

The Ativ Odyssey features a 4-inch Super AMOLED touch screen that greets users and offers up visuals in a WVGA resolution of 800 x 480p. A 5MP camera finds itself on the phone’s back panel with LED flash, allowing users to not only capture video in 1080p, but also play back the same recordings. There is also a secondary 1.2MP front-facing webcam for video conferencing. 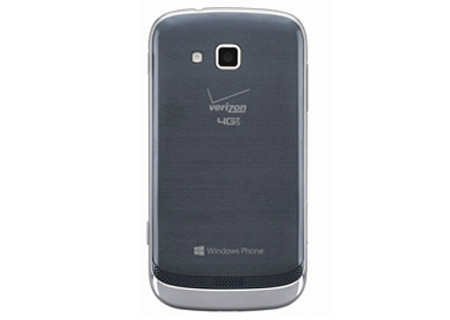 When it comes to all-round power, a dual core 1.5GHz processor makes sure apps run as they should and tasks stay smooth. Even though this is a pretty fast chip, it is still only dual core and serves to back up the phone on the carrier’s LTE network. 1GB of RAM and 8GB of on-board memory have been included, the latter of which can be expanded up to 64GB.

With the Windows Phone 8 OS comes the elegant new feature, Live Tiles. They allow users to personalize the phone, easily receiving all the information that’s most important to them. The smartphone also comes with a few of Samsung’s sharing applications including Photo Editor and Mini Diary. There’s even an app called Now – similar to Google Now – which gives users instant updates on weather, news and other things. 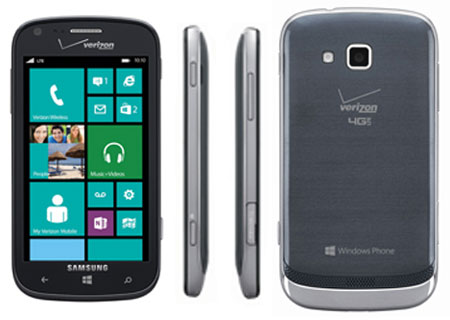 The phone is enterprise ready and packed with a few business tools to ensure that sensitive data is kept secure. There is even on-device AES 256-bit encryption, while Microsoft’s Exchange ActiveSync features add to its security solutions. Wi-Fi connectivity rounds up the device’s specs.

The Samsung Ativ Odyssey is scheduled to arrive at Verizon Wireless retail stores and online in the coming weeks, while a price has not been fixed to the phone. A battery of 2100mAh capacity makes its way onto the device’s spec sheet, but no word has been revealed on talk time and how long it can go in standby mode. 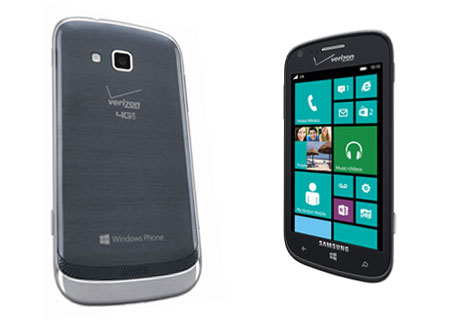