Is Verizon going to dump Microsoft’s Lumia Icon in less than a year?

Microsoft and Verizon have a rocky relationship, but both giants worked things out and Big Red got itself an exclusive launch, the flagship Lumia Icon from Nokia. It’s been less than a year that the Microsoft Lumia smartphone has been on the market and it looks like it will be permanently discontinued in the US.

The Nokia Lumia Icon went official back in February and it precedes the Lumia 930. It’s certainly shocking to see a smartphone be given the boot so quickly and Verizon hasn’t provided any concrete explanation behind its decision. The carrier’s support Twitter account revealed that the phone has been retired, but it will still be available in stores until stocks last.

@BlueChipEric That is correct the Icon is being retired, we still have them in stock and at stores. *TM

This essentially means that you will still be able to purchase it, but there won’t be any more units coming in. So, is Verizon getting a new Windows Phone flagship or does it have excessive stock? We guess neither. If the smartphone does vanish from the market, you’ll still be able to get your hands on the Lumia 930 which is currently being sold on Expansys at $499.99 unlocked.

Or you could opt for the HTC One M8 for Windows that’s a rebranded version of the Android flagship. Also, Verizon hasn’t been giving the Lumia Icon the treatment it deserves. If you aren’t aware, the phone is yet to receive the initial WP8.1 update and there’s no word on whether the Cyan and Denim firmware will be rolled out either. 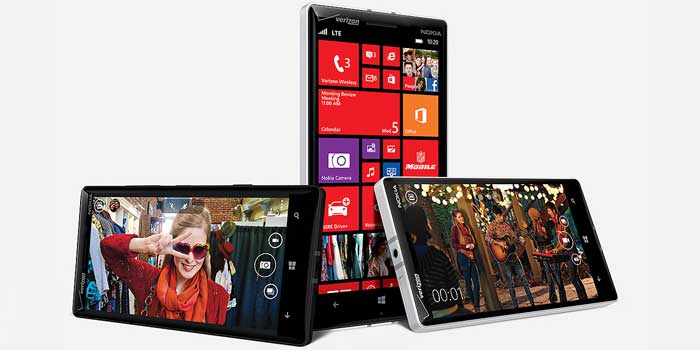 Amazon currently has the Nokia Lumia Icon priced at $99 with a new contract or $499 without service plan.