Astonishing is what the Motorola Moto G has been all along, thanks to its impressive features being offered at extremely low prices. Now, fresh news regarding the device is in, telling us that Verizon will be selling it in prepaid form at an astoundingly low price of $100. If its specifications are to be looked at, let us tell you it’s a must buy for mid-range smartphone aspirants.

The Verizon Moto G it seems, has arrived at Best Buy Mobile, even as an employee of the retail chain was spotted by Droid Life to have uploaded a photograph on Google+. The image shows the device wrapped in clamshell packaging (the kind we all hate), but it doesn’t show a price tag. 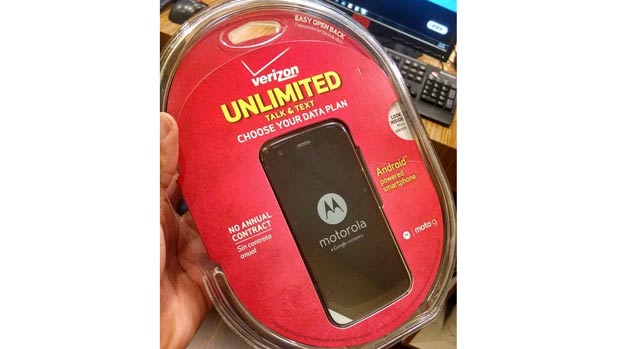 Through a comment on the image however, the same employee revealed that $100 will be the price at which it will be sold. That’s not all; the above mentioned website has received word that the handset will start selling through the retailer from as early as on January 9.

The Moto G can already be purchased in the US, but only in its off-contract form. This version is priced at $179, and is available in other parts of the world as well. Equipped with the Android 4.3 OS (upgradable to 4.4), it carries onboard a Qualcomm Snapdragon 400 processor powered by a 1.2GHz quad core CPU and 1GB worth of RAM. 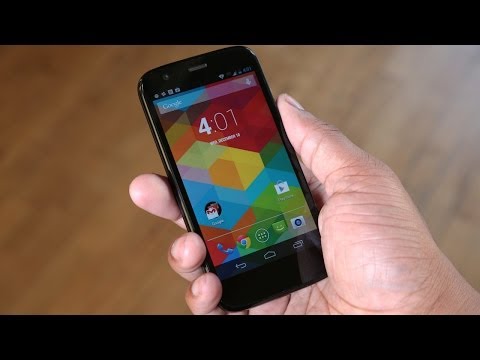 Available in 8GB and 16BG storage models, The Moto G carries on it a 4.5-inch LCD screen garnering HD resolution. Its rear camera is a 5MP one, whereas its front snapper is 1.3MP in capacity. A 2070mAh built-in rechargeable lithium-ion battery has been granted to the device as well.