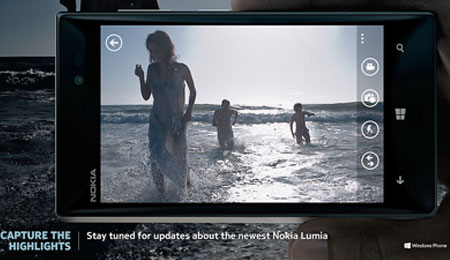 A rumor stating that Verizon Wireless is planning to introduce the Nokia Lumia 928, was leaked back in March this year and now finally the phone has gone official on the Finnish manufacturer’s website. It was spotted on a billboard this weekend and the gadget’s advertisement appeared again in the Vanity Fair magazine.

The device was spotted in the publication by the guys over at Engadget, who later found out that the company has uploaded the ad on its web portal as well. It is being speculated to be the US-bound version of the international 925 and the event to be held on May 14 could be the launch platform for both of these handsets. But we are taking this information with a pinch of salt, as the OEM has yet to reveal its plans regarding these smartphones. 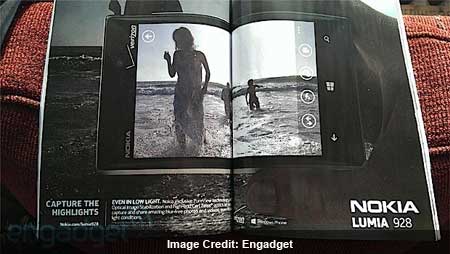 Although the device’s specifications are under wraps for now, it has been disclosed that its rear panel will be graced by a low-light camera. Besides the Carl Zeiss lens, which has been integrated in all the high-end Windows Phone handsets belonging to this series, it is likely to make use of the PureView imaging technology.

But those who are pinning their hopes on a 41MP camera sensor may be disappointed, as we are expecting the snapper to be similar to that of the 920 version and not the PureView 808. And what’s more, it will also tag along optical image stabilization to eliminate the blurring effect due to hand or camera shake and a Xenon LED flash.

The grapevine is abuzz with speculations suggesting that the 925 codenamed Catwalk could be very similar to the 920. This leads us to believe that the concerned device may also take inspiration from the flagship smartphone and employ an OLED multi-touch display spanning 4.5 inches. It may project high definition visuals in 1280 x 768p resolution.

Like most of the other WP8 devices, this handset should acquire multitasking properties from a Qualcomm Snapdragon processor accompanied by at least 1GB of RAM. We had even stumbled upon reports suggesting that it will support simultaneous voice and LTE (SVLTE). 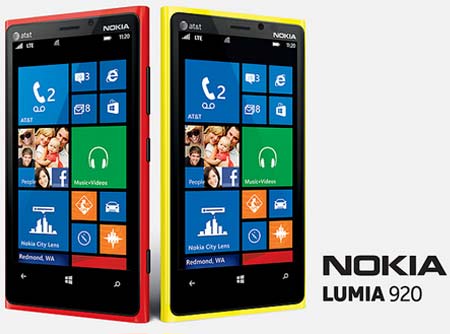 The company is yet to go on record to confirm the Verizon-bound Nokia Lumia 928 which surfaced at the FCC with an RM-860 marking, more than two months ago.