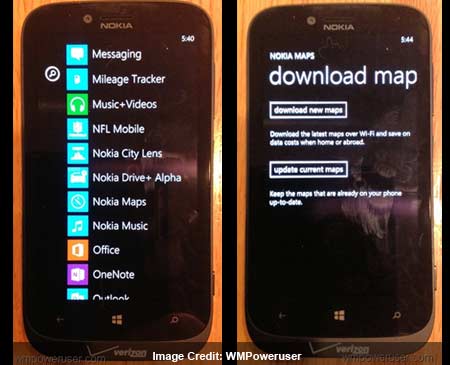 The Verizon Nokia Lumia 822 has surfaced on the web and if the grapevine is to be believed, interested users can grab this piece of hardware for a price of under $50. The Windows Phone 8-based device is nothing but the network provider’s version of the Lumia 820.

Although it ships with 16GB onboard storage, the phone has been embedded with an expansion slot for a microSD memory card. Featuring a non-detachable shell, it extends support to wireless charging and is pre-loaded with Nokia Maps as well as Nokia Drive. The Bluetooth-enabled Lumia 822 allows sharing digital content via outlook, tap2send or from social networking websites like Facebook, Twitter and LinkedIn amongst others.

WMPoweruser, who also got its hands on the device’s picture, reports that even though it is a version of the 820, the smartphone is quite different from the former. It should run on the carrier’s LTE network and may employ a 4.3-inch WVGA multi-touch display. The handset apparently is not recognized by Windows 7 PCs or even Zune. 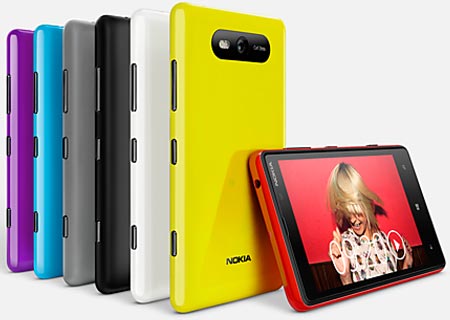 To refresh memories, the Lumia 820 is fitted with a ClearBlack AMOLED OLED touchscreen of 800 x 480p resolution. It acquires multitasking properties from a 1.5GHz dual core Snapdragon S4 processor and 1GB RAM. There’s an 8MP auto focus camera with dual LED flash and Carl Zeiss optics along with a VGA front-mounted snapper for video conferencing. Its 1650mAh battery can cough up the juice for talk time of close to 8 hours between charges.

The Verizon Nokia Lumia 822 release date is not known, but it may cost $49.99 with a contract and qualifying data plans.