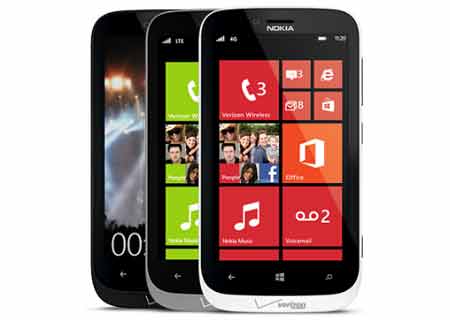 The price and release date for the Verizon Nokia Lumia 822 smartphone have been made public and by the look of things, the device will be available at an affordable cost. The handset operates on the Windows Phone 8 OS and it is pre-loaded with a host features from the Finnish manufacturer.

The device in question made its appearance earlier this month with its images circulating the web. Back then, the handset was speculated to retail for $49.99 on-contract, while its launch details were leaked just a few days back. In terms of specifications, the Lumia 822 isn’t much different from the AT&T-bound Lumia 820 smartphone. Visuals here are delivered through a 4.3-inch AMOLED ClearBlack display featuring a Corning Gorilla Glass 2 coating, while the processing needs are left in the hands of a 1.5GHz dual core SOC.

On the connectivity front, the phone packs in A-GPS, Bluetooth 3.0, NFC and Wi-Fi IEEE 802.11 a/b/g/n. Users will also have access to the carrier’s 4G LTE network. The device is said to be compatible with various accessories such as the Wireless Charging Plate DT-900, the Wireless Charging Pillow by Fatboy and the JBL PowerUp Wireless Charging Speaker. There are a bunch of Nokia-exclusive goodies in tow as well. They include apps such as Maps, Drive and City Lens from the company’s navigation suite as well as Music, which is a free audio streaming service.

The Nokia Lumia 822 will retail for $99.99 after a $50 mail-in rebate with a new 2-year contract. The handset will be available exclusively through Verizon in color options of white, black and grey this Thanksgiving. 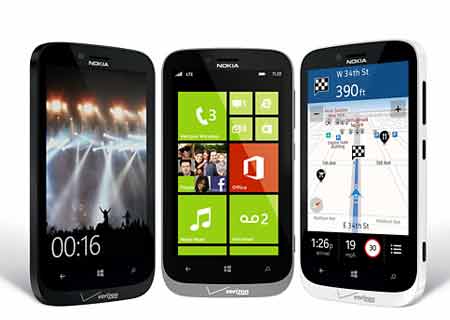 Other important components include: