Verizon Nokia Lumia 822 is available for pre-order, ships on November 13 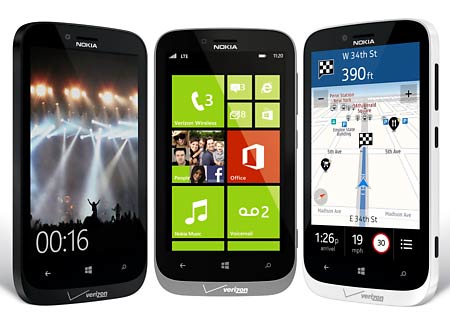 Just as the Lumia 820 is exclusive to AT&T, the Nokia Lumia 822 is limited to Verizon only and it’s now available for pre-order in the US through the carrier’s website. The device is said to be a variant of the former Windows Phone 8 smartphone, both possessing similar features.

The Lumia 822 will arrive with access to a host of Nokia exclusive content. They comprise of City Lens, an AR application to locate nearby businesses, Drive+ which provides voice–guided turn–by–turn navigation and Music for unlimited subscription–free streaming. We’re going quickly run through the hardware components employed here. A 4.3-inch AMOLED ClearBlack display with an 800 x 480p resolution is fitted onto the front along with a 1.2MP for video calling. The rear houses an 8MP snapper with Carl Zeiss optics, while the innards comprise of a Snapdragon S4 processor, 1GB RAM, 16GB of storage and a microSD card slot supporting up to 64GB of memory. 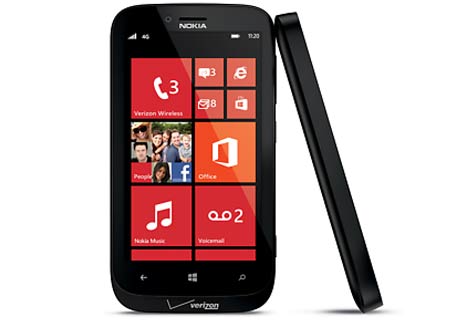 The smartphone’s existence was first reported last month after Nokia officially disclosed that the 820 will be limited only to users on AT&T. Back then, the retail tag which was rendered with the leak pegged the phone at $49.99 on-contract. Well, that cost is only half of what Verizon is currently asking. A launch date was soon rumored to fall on November 8. It was on this day that the carrier announced its plans of making the phone available for pre-order.

Based on the release date details provided by Verizon before, the Nokia Lumia 822 will arrive by Thanksgiving in color options of black, white and grey. However, the phone’s product page lists out the shipping date as November 13. The device will carry a $99.99 price tag after a $50 mail-in rebate and it will be accompanied by a new 2-year contract agreement. The carrier is also offering the phone with month to month service at $449.99. 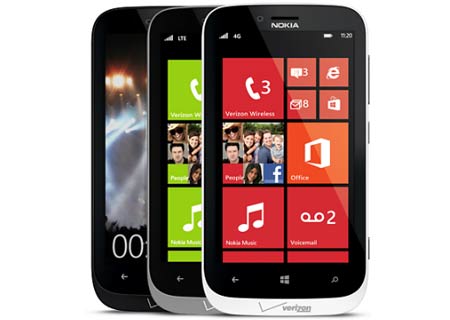