We had learnt a while back that the All New HTC One will be headed to Verizon along with other major US carriers, and this version of the smartphone has now appeared in its full form on eBay (via Engadget). A boxed unit of the phone was sold on the US retail site at the surprisingly low price of $500.

This 4G LTE model of the device features 32GB worth of memory, and more importantly, one of the images on the listing has given away the official specifications of the All New HTC One as well. According to the box, this phone indeed carries onboard the same Snapdragon 801 chipset which we’ll be seeing on the Samsung Galaxy S5. It will be clocked at 2.3GHz. 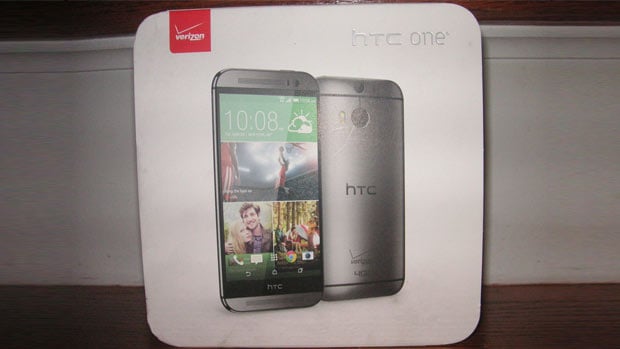 A 5-inch display garnering full HD resolution will also form part of its offerings, apart from 2GB worth of RAM. Addressing one of the few complaints from its predecessor, the All New HTC One will also house a microSD card slot for storage expansions.

This device will sport a 5MP front-facing camera and the new Duo Camera setup with Ultrapixel properties. As detailed in a previous leak, the main feature of these snappers will be adjusting focus after pictures are clicked. The upcoming Android handset will also grab improved low-light imaging thanks to this addition. 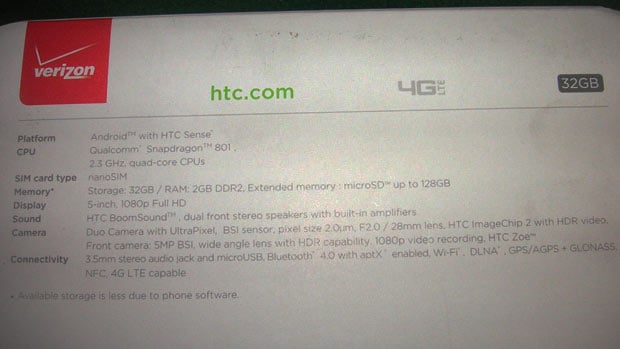 Although we almost know everything there is to the All New HTC One, its maker will still be holding an official unveiling event on March 25. Let’s see if this device has something in store for us.