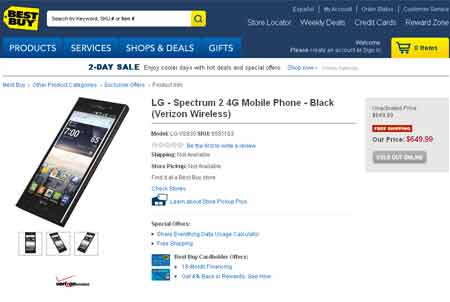 The Verizon-bound LG Spectrum 2 has made it once again into the rumor mill with the handset’s price details being revealed by a listing on Best Buy. There currently is no specific availability information being given out, but we do know what technical specifications and features this smartphone will carry.

The device in question has popped up in leaks not once, but twice already. The first time the handset made its appearance was in the form of press shots which gave away that it would be launched through Verizon. The device’s second round on the gossip block was courtesy of the carrier’s Equipment Guide where details of the Samsung Stratosphere 2 were also divulged. A few hardware components have been under speculation ever since and they appear to be spot on when compared to the latest tidbit. 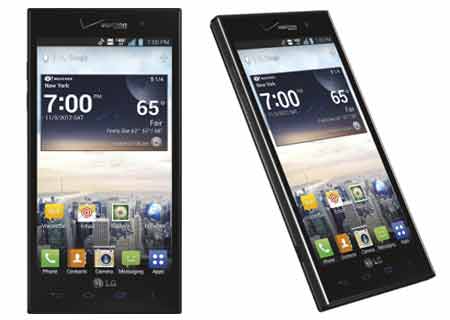 So here’s a quick run-through of the components we currently know of. First of all, the Spectrum 2 is also known by its product number – VS930. Just as previously speculated, a dual core Snapdragon processor clocked at 1.5GHz gets things done along with 1GB of RAM. The display employed here spans 4.7 inches diagonally, proffering a resolution of 1280 x 720p. Users will have an 8MP camera and a 1.3MP front-facing snapper for capturing images and recording videos. Where connectivity is concerned, it packs in support for 4G LTE, 3G and CDMA networks, in addition to Wi-Fi, Bluetooth and possibly NFC. On a single charge, the included Li-ion battery can apparently deliver up to 10 hours of talktime or 20 days of standby.

The LG Spectrum 2 is expected to come out through Verizon, but there’s no mention of a release date as yet. According to a listing on Best Buy, the device should retail for around $646.99, supposedly off-contract. The carrier is likely to officially announce the smartphone’s existence sometime soon, so states Android Police.