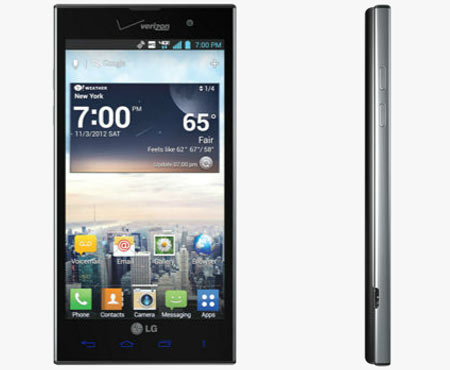 The LG Spectrum 2 has gone live through Verizon Wireless and carries an affordable price tag that reads less than $100. Leaked images of this device have been doing the rounds on the web and the successor to the LG Spectrum has now arrived with features like advanced camera, a True HD touchscreen and 4G LTE network compatibility.

A Corning Gorilla Glass-reinforced 4.7-inch AH IPS multi-touch display lays claim over the front panel along with a 1.3MP camera, allowing users to engage in video conferencing over the web. The flip side houses an 8MP snapper which tags along attributes such as Advanced Image Editor and Video Wiz to facilitate in-camera editing of pictures and other digital content. In addition to this, the True HD LTE device is loaded with Intelligent Panorama Shot, Time Catch Shot and the ability to record 1080p videos.

The Spectrum 2’s communication options are inclusive of Bluetooth v4.0, SmartShare as well as NFC. The Wi-Fi-enabled smartphone can also act as a mobile hotspot to share its 4G LTE network with as many as 10 mobile devices and an accompanying battery cover bestows it with wireless charging capabilities. And if that’s not enough, it can work with voice and data services in over 220 countries around the world. 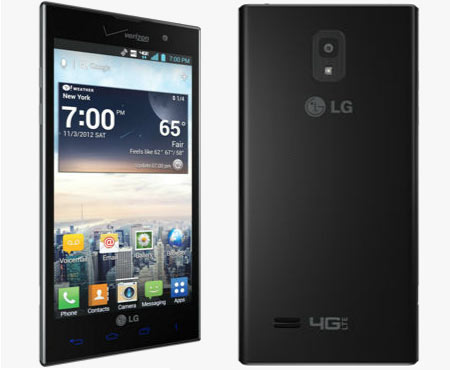 What’s more, the phone treats itself to a generous scoop of Ice Cream Sandwich and acquires multitasking properties from a dual core Qualcomm Snapdragon S4 Krait processor that can clock in a speed of 1.5GHz. It ships with 16GB of internal memory and an expansion slot to increase its storage by up to 32GB with a little assistance from a microSD card.

The LG Spectrum 2 can now be purchased for $99.99 after a $50 mail-in rebate and with a two-year customer agreement from the official website. The LG Premium Sleeve with Smart Display can also be picked up for $24.99.