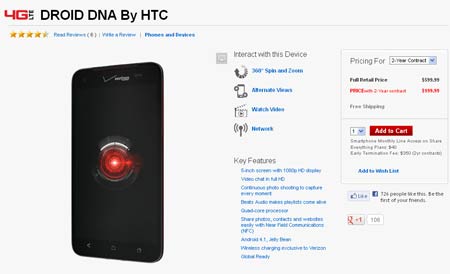 The HTC Droid DNA, one of the few handsets to feature a 1080p display, has made its way onto Verizon’s retail outlets and the carrier’s online store for purchase. The phone can be picked up for a little under $200 after signing up for a new contract agreement or it could even be bought at full retail cost on a month-to-month subscription.

Before the smartphone could officially be unveiled in the US, it first made its appearance through rumors initially carrying the HTC DLX moniker for Verizon. Just like its Japan-exclusive version, the phone boasts off a 1080p FHD display with a pixel density of 440ppi. A Qualcomm Snapdragon S4 Pro SOC powers it up with the Jelly Bean platform running the show. The handset also features dual cameras, an 8MP BSI-equipped one on the rear for video and image capture, and a 2.1MP wide-angle front-facing shooter for chatting. The activity life derivable through the embedded 2020mAh battery amounts to 12.8 hours of talktime or 14.7 days of standby. 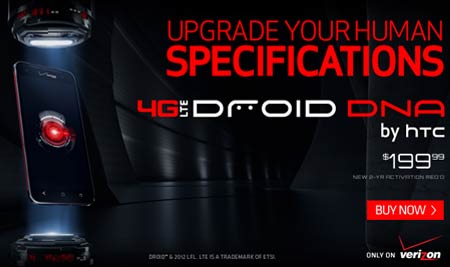 In recent news, the global version of the Droid DNA or J Butterfly, dubbed the HTC Deluxe, was spotted through a leak press shot. The phone appears to possess a highly similar form factor as the 2 aforementioned handsets and it could arrive bearing the same set of specifications as well. However, the authenticity of the device is yet unknown. Let’s hope that its launch details will spring out at the upcoming CES or MWC expos. 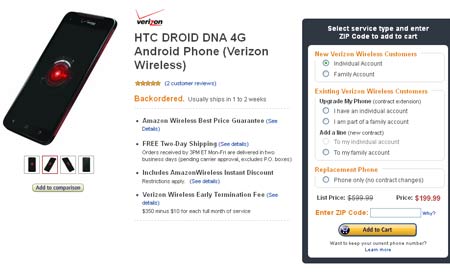 The HTC Droid DNA carries a $199.99 price tag with a 2-year service agreement and a $599.99 retail cost when purchased off-contract. The device is compatible with the carrier’s Share Everything plans which starts at $40 per month. The early service termination fee applicable amounts to $350. The phone can be picked up via the carrier’s online store and AmazonWireless for the aforementioned rate. 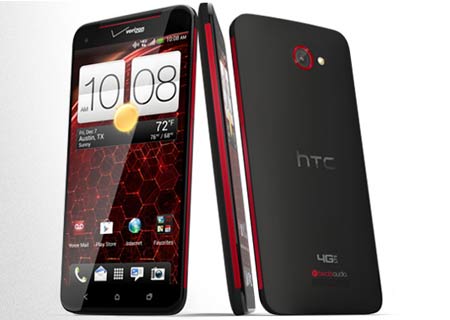