Verizon gets the HTC One in blue, Best Buy may have called dibs

If the silver, black and red HTC One doesn’t match your style, would you maybe go for a blue variant? Well, it looks like Verizon may soon start offering the smartphone in this particular hue and it could be an exclusive for the carrier just like the red version was for Sprint. What’s more, the device might be limited to Best Buy stores.

Press renders of the handset managed to leak out last month, but there was no confirmation on which carriers would offer it. Droid Life has now managed to get its hands on images of the blue HTC One with Verizon branding. And based on details provided by one of its sources, Best Buy is likely to claim exclusivity over the handset. Like all color variants, no alterations to the hardware or design have been carried out. You’ll basically get the same high quality 4.7-inch SLCD3 1080p display, 2GB of RAM, a Snapdragon 600 processor, the UltraPixel camera and BoomSound speakers amongst others. 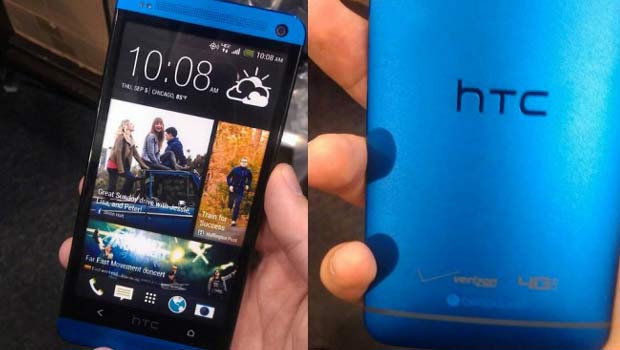 The smartphone currently runs on Android 4.2 with Sense 5 and BlinkFeed. However, the company has confirmed that an update to 4.3 Jelly Bean is in the works and it should be available by the end of this month. For more details on the features and capabilities of the HTC One, we’ve done an in-depth review on the international version which can be found here.

The report doesn’t state when the blue HTC One will go on sale via Best Buy, but that day shouldn’t be far off. Also, since this is just a color variant, you can expect it to retail for the same $199.99 on-contract price as the other options.