Verizon has its eye on the Samsung Galaxy Note Pro

Samsung’s CES debutant, the Galaxy Note Pro is on its way to Verizon, as has been shouted by FCC and Bluetooth SIG listings in unison. The 12.2-inch slate can be expected to hit the American carrier soon, with support of its LTE network of course. Official word on the matter is still awaited however.

It so happens that a device with model name SM-P905 was spotted on both FCC and Bluetooth SIG websites by Phone Arena. Now SM-P900 is the model name of the original device that was unveiled at CES this month, and that’s what has almost confirmed that another version of the huge tablet exists. FCC furthermore reveals that the SM-P905V kicks in LTE band 4 and band 13, and these are the same bands used by Verizon in the US. 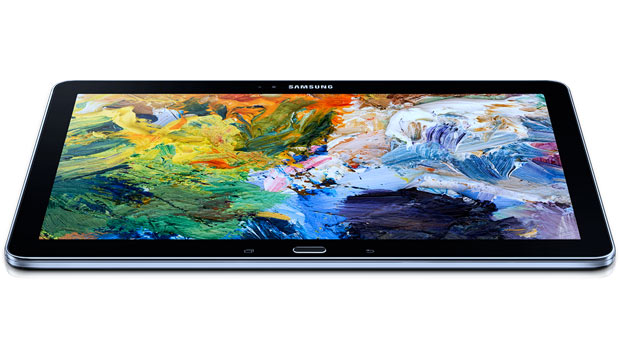 The KitKat-equipped Samsung Galaxy Note Pro is highlighted by its its S Pen and its 12.2-inch display which garners a resolution of 2560 x 1600 pixels. It houses an 8MP camera on its rear surface, with a 2MP snapper accompanying it on the tablet’s front. The beastly Qualcomm Snapdragon 800 chipset with its quad core CPU and other advanced accompaniments run the show inside it.

A whopping 3GB worth of RAM justifies the tablet’s Pro suffix furthermore. A 9500mAh battery and 32GB or 64GB storage options (expandable) form the other main attributes of the Samsung Galaxy Note Pro.

Here’s a quick glance at its main specs