About a week ago, @evleaks had uploaded a picture of the Verizon-bound Ellipsis 7 on its Twitter account and the carrier has hardly wasted any time in making it official. The affordable device marks the debut of the Ellipsis range in the market and will hit store shelves on November 7, that’s tomorrow, for an ‘affordable price.’

The Verizon-exclusive slate adopts a compact form factor and its front side is dominated by a 7-inch touchscreen that renders clear visuals in HD resolution. It can even double up as an eReader owing to its relatively small size and comes pre-loaded with the Amazon Kindle application. This service provider has also installed some proprietary services on the device such as Verizon Messages and Redbox Instant amongst others. 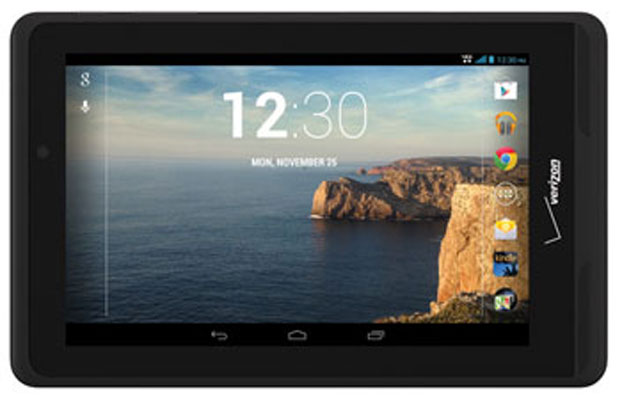 This Messages app lets customers not only send and receive texts, but also forward customized pictures and collages to their loved ones from the tablet itself. Redbox, as you may already know, is for watching movies on the move. It is possible to synchronize calendars and email accounts via the tablet and users can download multiple applications and games through the Google Play store.

One of the advantages of the device is that it offers 4G LTE connectivity for fast web browsing speeds. The HD screen of the gadget will be accompanied by a front-facing webcam to facilitate video conferencing and it goes without saying that it will rock the Android Jelly Bean platform out of the box.

Take a quick look at some of its features:

The Verizon Ellipsis 7 will be available through the official carrier website and company-owned retail stores for $249.99 from November 7 onwards. It will set you back by $149.99, if purchased with a two-year contract.