Verizon Droid Incredible 4G LTE out now in US 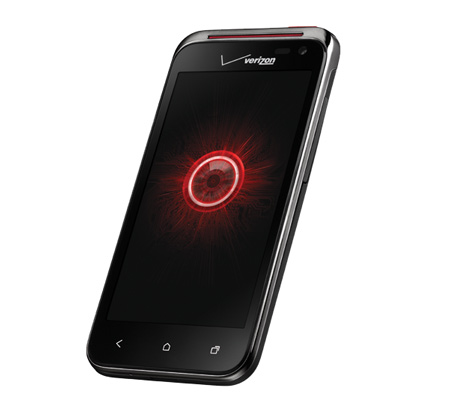 The Verizon Droid Incredible 4G LTE from HTC has hit availability status in the US, and can be purchased now at a price of $499.99. Showcased for the first time at the CTIA Wireless 2012, this handset comes complete with Google’s Ice Cream Sandwich OS and a 1.2 GHz dual-core Qualcomm Snapdragon S4 processor.

The Beats Audio-equipped device boasts of an 8MP rear camera with LED flash, 1080p video support and a 28mm wide angle lens. On its front is a VGA snapper for video calling purposes. The sleek design of this smartphone is highlighted by a 4-inch super LCD qHD screen which displays content using the HTC Sense 4.0 interface.

This Wi-Fi-enabled HTC device kicks in 8GB of internal memory which can be expanded up to 32GB by means of a microSD card. A 1700mAh battery is onboard the handset, with a claimed usage time of up to 574.72 minutes and a standby time of up to 447.3 hours. Turning the smartphone into a mobile hotspot, users can connect a maximum of ten different devices to it at once.

Data download speeds of 5Mbps to 12Mbps are made possible by this phone’s 4G LTE capabilities, while its upload speeds can be anywhere between 2Mbps and 5Mbps. In June this year, HTC had teased the device via a Titter post, following which, it went official and was slapped with a July 5 release date.

The Verizon Droid Incredible 4G LTE smartphone is now available in the US at a full price of $499.99, whereas a two-year contract with the network carrier brings the cost down to $199.99.