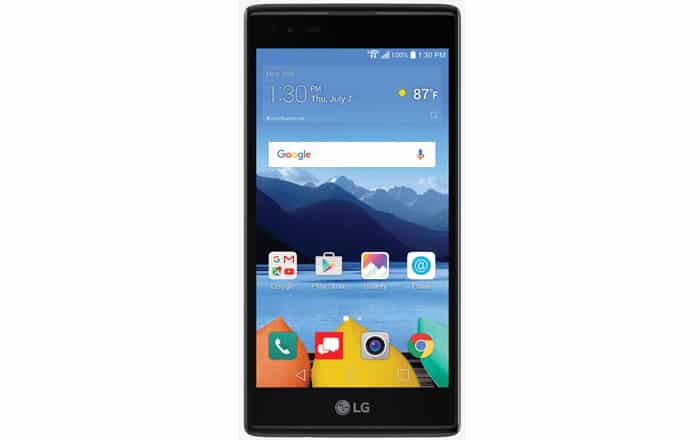 Verizon has gone ahead and launched its own version of the LG K8, with the smartphone now up for pre-orders on its official site. While the handset appears to be more or less the same as the standard model, the cellular operator has made its own tweaks here and there to its specs.

First-off, the LG K8 V sports a different look than the original variant thanks to its square design. It marks a major change from the soft rounded edges of the other model. The new handset has additionally been blessed with a 1.3GHz quad-core Qualcomm Snapdragon 210 MSM8909 processor, replacing the quad-core 1.3GHz MediaTek MT6735 CPU from the older version.

The LG handset further offers Google’s latest Android 6.0.1 Marshmallow OS and gets its juice from a 2125mAh battery. Its rear surface features the brand’s signature volume and power buttons. As for its photography skills, the phone houses an 8MP main camera which comes equipped with LED flash and tools like Gesture Shot to conveniently click photos by simply closing your hand in a fist.

The unit is paired with a 5MP front-facing snapper which is accompanied by a feature dubbed Selfie Light for lit-up images even in low-light environments. In terms of memory, the K8 V packs 1.5GB of RAM and 16GB of ROM. You can expand on the latter up to 128GB by inserting a microSD card slot.

A quick look through the top specifications of the LG K8 V:

The LG K8 V’s retail price is set at $144. You could also choose to opt for Verizon’s payment plan. The deal involves a $0 down payment followed by a $6 monthly charge for 24 months. The smartphone will officially hit availability on June 16 and is now open for pre-orders here.