Motorola tried and failed to establish fingerprint sensors as the next big thing in smartphone security technology with the Atrix 4G. Yes, we bet there are a lot of folks out there who think Apple is the first one to have done this with Touch ID on the iPhone 5S.

And guess what? The HTC One Max will be joining the party too. Pictures of the Verizon-bound phablet have been leaked along with some bits of information about the specifications. Apple-inspired? We don’t know if HTC would’ve touched fingerprint technology if it wasn’t for the iPhone 5S. 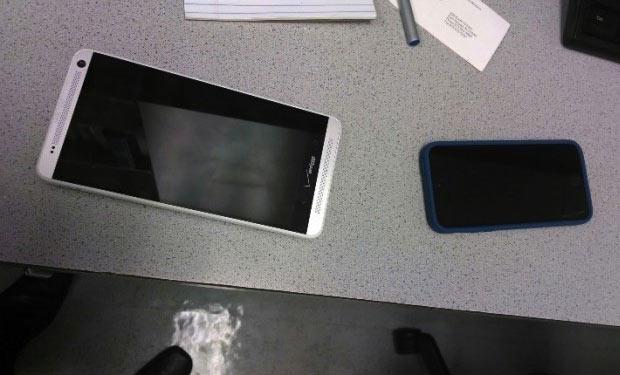 Going by the pictures, the Max does not have anything which looks remotely like the 5S’ biometric sensor on its front panel. Back in August, we spotted an image (via ePrice) indicating that the fingerprint reader on the HTC phone will be found just below the rear camera.

This is an entirely different approach from the 5S’ homescreen button or the Atrix 4G’s power on/off toggle which worked as the biometric sensor. If you thought HTC was all alone in its enthusiasm to offer users this ‘secure way to lock’ their devices, think again.

Recent rumors have pointed to the Nexus 5 adopting similar technology too. The images posted above are credited to Jeremy Kessous, a member of Android Central forums. According the stories so far, the handset will have a 5.9/6-inch screen, 2GB RAM, a quad core Snapdragon 800 chip, 16GB storage and Android 4.3. 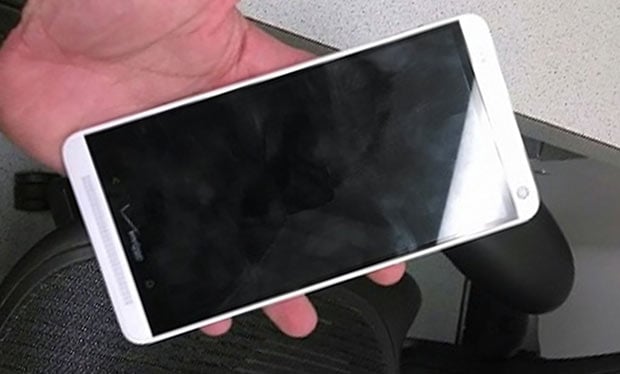 The One Max is expected to be unveiled any day between the October 13 – 19. Fingers crossed.