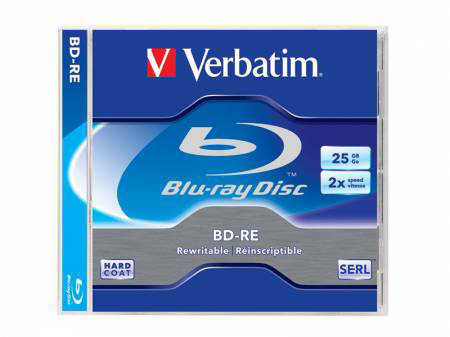 Verbatim’s new Dual Layer (DL) Blu-ray Recordable (BD-R) and Blu-ray Rewriteable (BD-RE) media features storage of up to 50GB or about 4 hours of HD-quality video on a single disc without having to flip or change the disc.

Due to highly innovative recording layers used, the Verbatim BD-R and BD-RE media feature wide power margins. Hence it ensure quality recording on the entire disc surface, regardless of drive power fluctuations or smudges on the disc surface.

The Verbatim BD-R and BD-RE also include a proprietary super-hard coating developed by MKM. This coating protects the media from scratches and fingerprints without warping the disc. Verbatim claims that this coating is a key technology for BD disc production since the BD data layer is close to the surface of the disc.

For consumers who don’t require 50GB storage, Verbatim also offers 2x speed single-layer BD-R and BD-RE media. With a capacity of 25GB, the BD and BD-RE media can be used to record more than 2 hours of HDTV.

Verbatim has not disclosed the pricing information of the newly announced Blu-ray Recordable (BD-R) and Blu-ray Rewriteable (BD-RE) media.