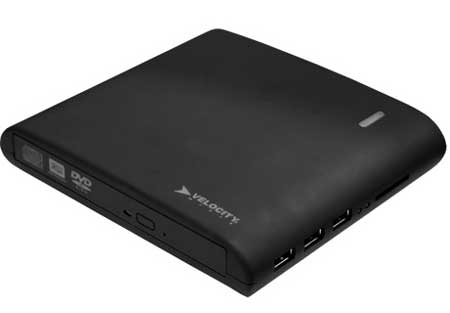 The Velocity Micro Shine Projector, ProMagix HD6000 and VMUltra drive have recently been announced as the company gears up to grace the CES 2012 along with its Cruz Tablet T507 and Tablet T510. First up is the portable Shine projector which can easily slip into a handbag for users on the move. The compact device delivers visuals in 1.4:1 ratio besides delivering 1280 x 768p WXGA HD native resolution.

The offering employs LED illumination and DLP technology to deliver clear and crisp images. This pocket sized device measures about 4 inches on its longest side and tips the scale at just 9 ounces. It is integrated with a 0.45-inch TI DLP imaging chip which comes fueled by SCRAM optical engine technology. When the gadget is deployed, it uses up to 23W even in full power mode.

“These products are an affirmation of what our focus will be for 2012 and beyond – smart and affordable consumer electronic devices and PCs,” shares Randy Copeland, President and CEO of Velocity Micro. “From this amazing pocket sized projector to our latest generation of the wildly popular Cruz Tablet and flagship desktops, our goal this year has been to create some truly great products. We are extremely excited to be able to show off the fruits of our labor.” 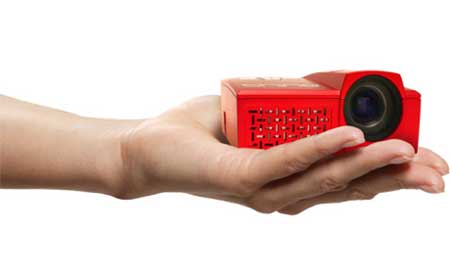 Next up after the Velocity Micro Shine Projector is the ProMagix HD6000 workstation which houses an Intel Xeon E5-2620 Hexa Core chip and comes backed by 32GB DDR3-1600 RAM. Other features on the spec sheet read out to be an Nvidia Quadro 4000 graphics card, a 1TB 7200 RPM storage drive, 32GB DDR3-1600 RAM, an Asus X79WS motherboard and a Blu-ray burner amongst other features. Then there is the VMUltra Drive which will jump up onto the scenario to serve as a USB hub and an external drive delivering 500GB of back-up storage space as well as other attributes.

The Velocity Micro Shine Projector, ProMagix HD6000 and VMUltra drive will be made available at prices of under $400, $3,500 and $180, respectively.