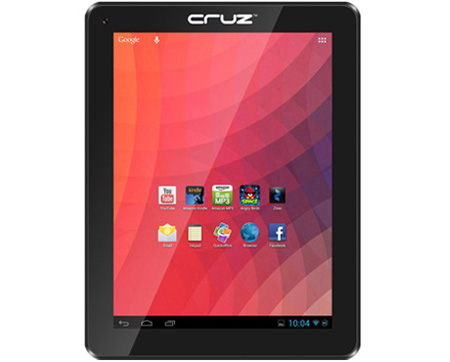 The Velocity Micro D610 and Q610 Cruz tablets release date has been revealed along with price and availability details of the Edge Mini desktop. The company will put these devices up for display at the CES 2013 starting tomorrow, along with other systems like NoteMagix Ultrabooks, the Edge AIO, Raptor Z90, Vector Z25 and VMultra USB external DVD-RW drive and its Blu-ray variant.

The Q610 Cruz tablet has been induced with a quad core ARM processor, while the D610 variant takes advantage of a dual core chipset to maintain smooth navigation and multitasking at all times. The intuitive user interface of the devices can be attributed to the Android 4.1 Jelly Bean platform. A version 4.2 OTA update may be on the cards. These powerful slates employ a touchscreen spanning 10 inches each.

For a desktop with dimensions of 4 x 4 inches and a thickness of merely 1.5 inches, the Edge Mini comes across as a powerful device for some serious computing. The ‘smallest’ system of its kind offers additional storage via an incorporated mSATA hard drive and operates with the assistance of the Windows platform. The third generation Intel Core i3 processors are integrated to call the shots and it tags along apps like home office, digital signage and home theater. 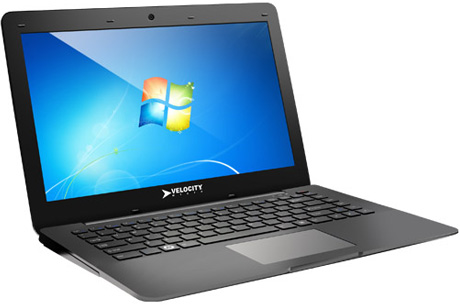 The 14-inch NoteMagix Ultrabooks can be configured with the latest generation Intel Core i3, i5 or i7 processors. Powered by the Windows 7 or Windows 8 OS, these devices also come integrated with the Intel 520 Series SSD and a DVD-RW drive. The Edge AIO featuring a 23.6-inch touchscreen of 1920 x 1080p resolution. Its internal hardware system comprises of 4GB of DDR3 RAM, latest generation Intel Core CPUs and a SATA hard drive amongst others. The Raptor and Vector gaming devices are also available in variants with the Windows 7 and Windows 8 OS.

The Velocity Micro D610 and Q610 Cruz tablets start at $199, whereas the Edge Mini costs $499. The NoteMagix Ultrabooks, Edge AIO and the Raptor and Vector gaming systems begin at $799.99, $799 and $749, respectively. The VMultra Drive will be available for $199 and its Blu-ray version will set users back by $299. These devices will be displayed at the CES 2013, slated to start tomorrow.