So far, very little has been known about Valve’s latest Steam Machines console, but the company has now spilled the beans on its prototype. The first device to run on the Steam OS is said to deliver high-end performance in a living room friendly form factor.

Well, the company hasn’t disclosed what the system will look like stating that they aren’t ‘finished enough.’ However, based on the dimensions, it’ll be pretty compact. Valve notes that the prototype will measure approximately 12 x 12.4 x 2.9 inches. The company states that off-the-shelf PC parts have been used to design the console and here’s the best part – It’s fully upgradable. Just like a conventional PC, you’ll be able to swap components such as the CPU, GPU, HDD and also the motherboard if required, for better performance. 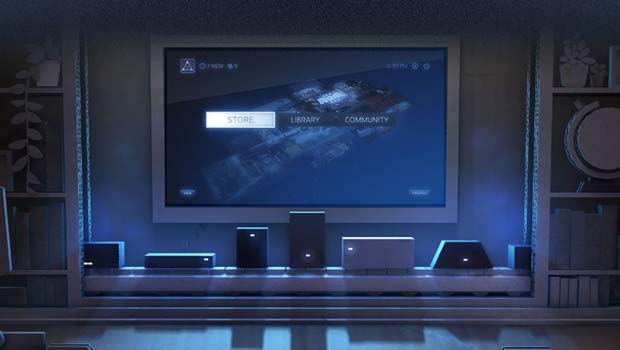 Additionally, the company is also giving enthusiasts the option of designing their own setups by picking the hardware and putting it all together by themselves. And for those who already have high-performance rigs at home, Valve plans to leverage its in-home streaming technology to ‘bridge the gap’ without having you shell out loads of cash.

Let’s take a quick look at the specifications of the Steam Machines prototype. The rig will be bundled with fourth generation Intel processors. According to the company, some machines will carry the i7 4770 CPU while other will have an i5 4570 or i3 chips. For graphics, the system will either come with an Nvidia Titan, GTX780, GTX760 or GTX660 module with 3GB GDDR5 memory. The RAM is listed at 16GB DDR3, while storage is delivered through a 1TB/8GB hybrid SSHD.

The Steam Machine prototype will be shipped to 300 Steam users.