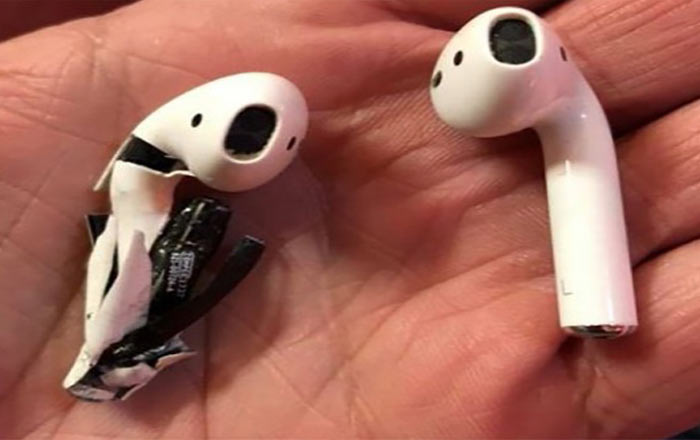 In a first for Apple, a man claims that his AirPods blew up during his gym workout session. Florida resident Jason Colon says he was listening to the wireless earbuds when white smoke began snaking out of the right unit’s chassis.

He immediately took it off and placed it on a nearby bench while he looked for help. When he got back, the right AirPod had popped open and spewed its charred insides across the surrounding machines. Colon told NBC affiliate WFLA that anyone could see that it had suffered flame damage.

AppleInsider posits that the flame damage Colon is talking about is the after effects of a chemical reaction in the AirPods’ battery. This is typically the case when phones explode, where space is tight and overheating can result in explosive consequences.

Apple has gone through this before with its iPhones, but this looks to be the first time anything like this has happened to its AirPods. It’s especially scary for the latter to blow up since it’s placed inside the ear canal. If Colon hadn’t removed it in the nick of time, it might have caused some serious damage.

Apple has confirmed that it’s aware of and is currently investigating the incident. It’s promised to reach out to Colon once its inquiry is done. The company has been hit with a stream of explosion-related headlines recently. A number of Apple Stores around the world have seen iPhone batteries getting engulfed in fire.