US Cellular ZTE Imperial price is as affordable as it gets 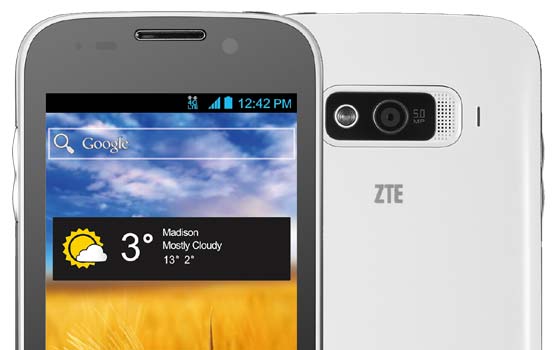 A new mid-range handset, the ZTE Imperial, is headed to U.S. Cellular bearing 4G LTE connectivity, Android Jelly Bean and entry-level specifications. Owing to which, the ZTE smartphone is being offered through the carrier with a budget-friendly price and a two-year contract.

The ZTE Imperial isn’t the only entry-level phone on the operator from the Chinese manufacturer. Back in May, the company announced the Director smartphone that’s retailing for the same amount as the device in question, but with less appealing specifications. And the most recent addition to the provider’s 4G LTE lineup was the rugged Hydro XTRM from Kyocera that’s being offered at just $29.99.

The ZTE Imperial has a dual core processor clocked at 1.2GHz to power up the Jelly Bean 4.1 platform. The OS is accessible through a 4-inch capacitive touchscreen proffering WVGA resolution. Apart from the battery capacity which is 2500mAh, the remaining hardware components are pretty much predictable – 1GB of RAM, 4GB of storage, and 32GB expandability via the microSD card slot. On a single charge, the handset can deliver up to 12 hours of talktime or around 280 hours of standby on 4G LTE. 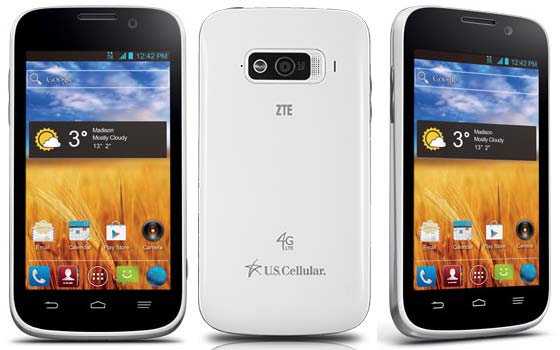 Coming to the design of the ZTE Imperial, the handset features a 0.45-inch thick form factor and it tips the scales at 5.43 ounces. Drenched in white, the device sports a 1MP front-facing webcam, while the rear houses a 5MP camera with LED flash and digital zoom. Where connectivity is concerned, users will be presented with Bluetooth 4.0, Wi-Fi 802.11 b/g/n with HotSpot support and GPS.

The Imperial smartphone can be purchased through the company’s online store for a $0.01 price with a new 24 month agreement. The original retail amount stands at $299.99. Also, buyers will have to pick a smartphone data plan and pay $35 as an activation fee.