Since a long time, Nova Launcher has been a go-to tool for those wishing to abandon third-party skins and get the stock Android experience without tedious rooting and flashing. This app has taken things up a notch by updating its options with animations, looks and other aspects which give it the Android L vibe.

Sure if you own a Nexus 5, you can still use the Developer Preview of the next version of Google’s OS to experience the real deal. But it requires flashing of your devices and since it’s a preview, it’s quite buggy from what we hear. This is where the fresh version of Nova Launcher steps in. 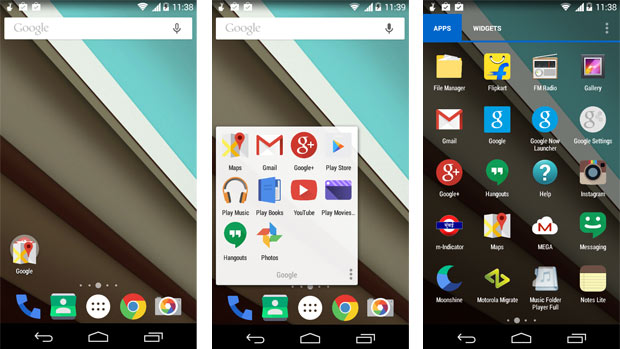 By simple tweaks in its settings section, you can gain a similar look to that of the much awaited Android L release. The main aspects which need to be changed are the Folder Preview (to Line), the App Animation (to Slide Up), the Persistent Search Bar (to L Preview) and the app drawer icon (to a new opaque white one).

As pointed out by Android Authority, you can enhance the Android L vibe by downloading an icon pack for Nova Launcher, named Moonshine. This replaces the old icons with those designed with Google’s Material Design philosophy in mind.

All this won’t make your device a complete bearer of the Android L theme, but it will bring it quite close to the real deal. Remember, the official release of the said software doesn’t arrive until this fall. Here’s where you can download Nova Launcher through the Play store and here’s the link to the Moonshine icon pack.