Amazon has decided to issue a refresh for its Kindle Paperwhite reading device which is all set to introduce a number of new features. These include an ability to support social experiences through Goodreads, a better display, a faster processor and more. This slate will be sold in both Wi-Fi as well as Wi-Fi + 3G versions, and while the former models will be released by the end of this month, the latter ones will be made available on November 5.

The updated Kindle Paperwhite’s display kicks in higher contrast and better reflectivity, whereas its new built-in light is claimed to reduce eyestrain. And although the speed of its new processor hasn’t been revealed as yet, it is said to be 25 percent faster than that of its predecessor. Its new Page Flip feature allows you to skip ahead in a book without losing your page, while FreeTime adds various customization options to its built-in parental controls. And interestingly, the new Kindle Paperwhite even enables Goodreads integration allowing you to see what your friends are reading, share highlights and get recommendations. 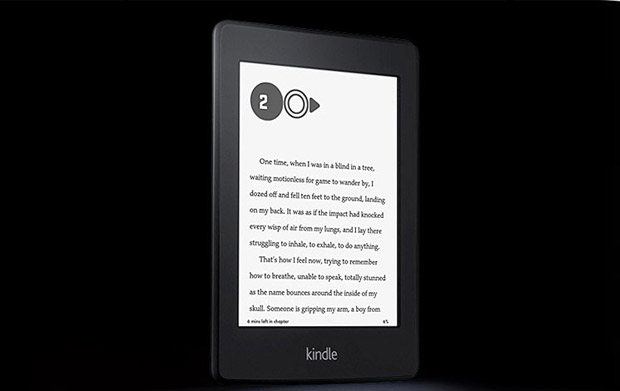 FreeTime and Goodreads however will be arriving in the form of a software update post launch. Amongst the e-Reader’s other features is its Vocabulary Builder which creates a list containing looked-up words to make a quiz out of them. Amazon has also revealed that this new product is lighter than its precursor, as it has its weight set at 206 grams.