Google doesn’t want you to waste your time figuring out technology and has thus updated its Google+ Hangouts and Photos applications with some new features. Apart from improving its video calling abilities, the search engine giant has bestowed Hangouts with additional attributes like SMS integration. And as far as your pictures are concerned, they are now easy to search and are auto enhanced with your permission, of course.

So as we said, Hangouts now has SMS integration which means users can send and receive text messages without having to switch between applications. There’s support for GIF images as well and the most important thing is the addition of location sharing with the assistance of Google Maps wherein, you can send the map of your current area instantly. 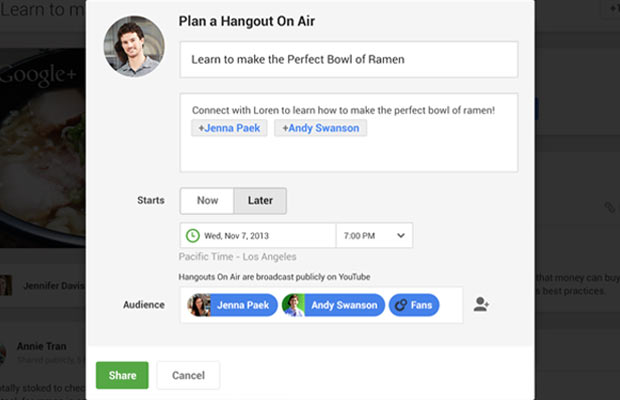 Hangouts on Air can be scheduled by broadcasters and they can then promote them through a dedicated watch page. And when it starts, they can choose to moderate everything from the built-in Control Room. There’s full screen support on mobile as well as desktop and you can expect the application to automatically fix webcam lighting.

Moving on to photos and videos, Google+ for iOS backs them up as soon as they are captured and as Google’s product now recognizes thousands of objects, you can simply punch in a query like beach, sunset or snow and the matching results will be displayed. And then there’s Auto Enhance that can be adjusted or turned off for albums according to your preferences. 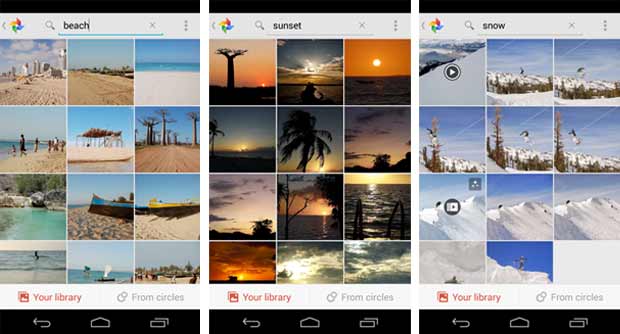 Editing pictures will hardly be a difficult task now, considering that Snapspeed has been blessed with HDR Scape that adds filters with a single tap. And if that’s not enough, Nik Collection has a new member in the form of Analog Efex Pro, while Auto Awesome tags along improvements too. The latter now has ‘Action’ which lets you witness a motion by creating a strobe-effect photograph as well as ‘Eraser’ to remove unwanted objects. Additionally, there’s ‘Movie’ to create highlight reels of photos and videos with transitions, effects and soundtracks in place.

The Google+ Hangouts for Android application update will be available in a few days, while On Air improvements will be rolled out in the coming weeks. The photo and video features are coming this week itself. It should be noted that only Jelly Bean devices can make the most of the Auto Awesome Movie mode.