Here’s a list of upcoming Sony phones for those who’ve been paying more attention to the brand ever since the company posted that ad showing a dude wash his Xperia Z. At least, we know we have. How about that clip which has a woman ‘cooking’ it (video coming up) with soup? The Japanese multinational appears to have learned a good lesson about what some interesting changes in hardware, a subtle tweak in brand image and creative PR pitches can do. So we’re assuming the company will do even better on the mobile front, in the future. Fancy anything from the following lineup we’ve pulled together? 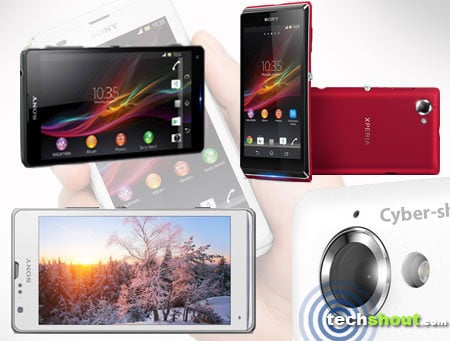 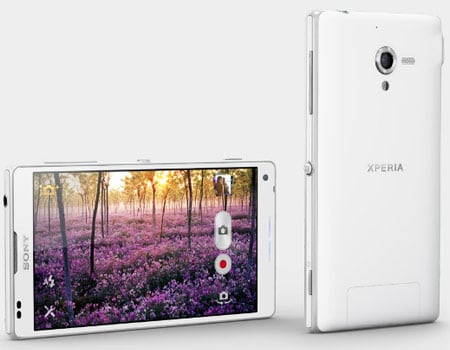 Our first contender is currently up for pre-order as an unlocked version, through the company’s online store at a price of $759.99 and an estimated shipping date of April 8. Its main features include a 5-inch display, a quad core 1.5GHz Snapdragon S4 chip, Android Jelly Bean, 2GB RAM, 16GB onboard memory and up to 32GB extra space via a microSD card. 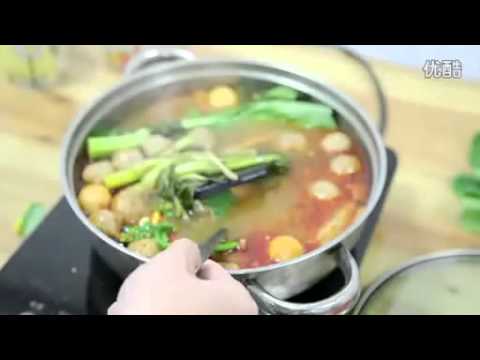 The manufacturer is known for its lenses and it doesn’t disappoint, with this one sporting a 13MP camera with Exmor RS for Mobile. Now unlike its cousin which is being cooked in the above video we promised, the ZL has a dedicated camera key. But note that it does not rock the IPX5/7 water-resistant qualities of its sibling. If it’s any consolation, the display stretched across the front is a scratch-resistant glass screen with an anti-shatter film. Lastly, there’s also a 2MP snapper on the lower right corner of the front bezel. 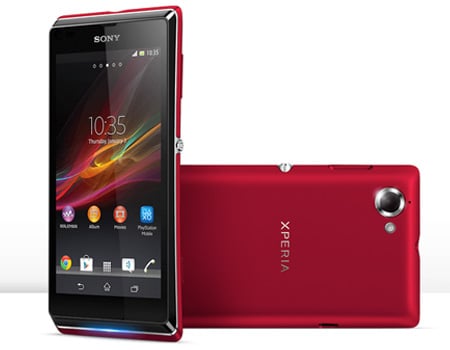 The next candidate up for consideration in this roster is for anyone with their minds fixed on a budget device with a competent camera. It embeds a VGA front lens apart from the main 8MP Exmor RS sensor which features LED flash, auto focus, HDR and 4x digital zoom. A nice addition is the dedicated camera key’s ability to get ready to click pictures even from a locked screen.

The rest of its specs are pretty much what you could wish from a gadget of its caliber. A 4.3-inch display of 854 x 480p resolution is spread across the front panel and a dual core 1GHz Qualcomm MSM8230 chip fuels all its functions. Powered by Android 4.1, the handset leans on 1GB RAM and 8GB internal space that is expandable up to 32GB. If you’re living in the UK, retailers like Clove and Expansys have already laid it up for pre-booking. The price is marked at £234 or more, depending on where you’re buying it from and the release date is touted to fall in late April. 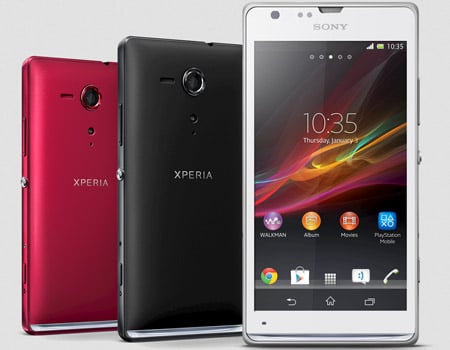 The SP was seen making its debut along with our second option, just last week. But it’s positioned a little higher (in the mid-range segment as opposed to the L’s lower end status) and is advertised for its 4G LTE capability. It’s obviously a matter of individual taste, but we find the subtle, illuminated alert belt of the L as well its overall design more appealing to the eyes as compared to this one here. Cue for the specifications to make their presence felt now – 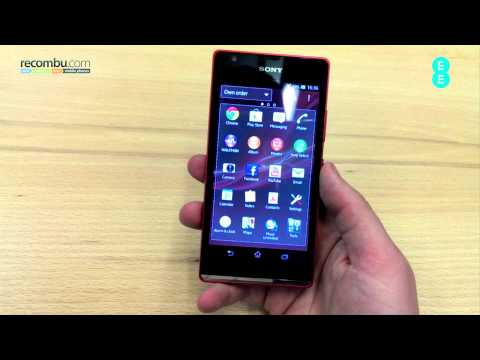 The SP sports a 4.6-inch HD Reality display which gets it charms from the Mobile Bravia Engine 2 supporting the visual output. A dual core 1.7GHz Qualcomm Snapdragon S4 MSM8960 Pro SoC will be the muscle which pulls this handset through everything you task it with. There’s 1GB of RAM, 8GB of onboard memory and a slot with can take a microSD card of up to 32GB. The main camera is an 8MP Exmor RS one with AF, 16x digital zoom, pulsed LED flash and HDR. And yet again, it is available for pre-ordering in the UK at £323 and higher through Clove and Expansys.

Xperia A and UL: 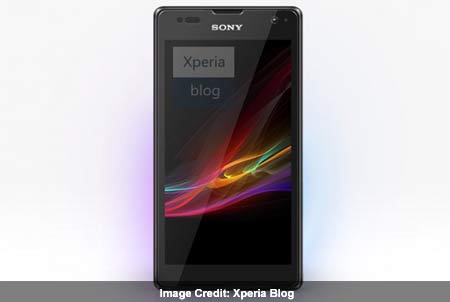 We may be done when it comes to the products that have been made official already. But that hardly was the last of it. Rumors about an SO-04E Dogo (A), an SOL22 Gaga (UL) and a humongous Togari have been flying fast. Xperia Blog says that NTT Docomo may carry the SO-04E which is anticipated to have a 4.6-inch HD touchscreen, 2GB RAM, a Snapdragon 600 processor, 32GB storage, a 2300mAh battery and water- as well as dust-resistant skills. If it wasn’t for the screen, the other mentions seem to ring a bell.

Cited to be sourced from smasoku.mobi, the story also goes on to reveal the specs of the Gaga. AU may sign on the SOL22 which is said to flaunt a design similarity with the ZL. Apart from showing off a 5-inch 1080p screen, the gadget is anticipated to have the same features we’ve listed for the NTT Docomo one. The only other bit we’ve been told besides being advised to take this news with a pinch of salt, is that the Dogo will have cousins in the form of global versions. So fingers crossed if you want it. 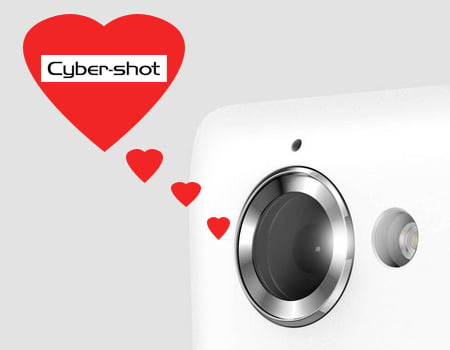 Time to tread extremely sketchy territory here, with three products that are claimed to be on the cards. It seems that a couple of Xperia Cyber-shot handsets and an Xperia Walkman model are at the center of wishful thinking right now and no one knows how it came about. No smoke without fire? You tell us. At any rate, the Walkman is outlined to flaunt a 5-inch screen, an amplifier chip and the other stuff that goes with the name.

One of the Cyber-shot varieties is fancied to be in direct competition with Apple’s iOS handset. The other 5-inch device is expected to compete with Nokia’s PureView and Carl Zeiss optics. A launch in the third quarter of this year has been talked about. Phone Arena, who also happens to be supplying information about our last contender, points out that these rumors have arrived via forums centered around the company and can hence be swallowed with suspicion. 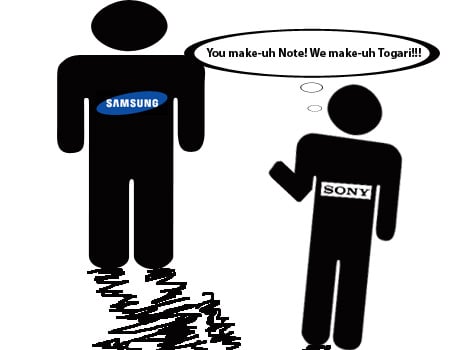 Apparently the Togari will be to fans of the Japanese company’s offerings, what the Note III is to Samsung buffs. The South Korean giant already has three editions of its phablet up for grabs and those hunting down options from the manufacturer in question can’t quietly wait for one anymore. There have been urgent whispers and even photographic evidence of a 6.4-inch beast in the making.

The hybrid is touted to get its steam from a MSM8974 2.3GHz Krait 800 CPU tied to Qualcomm Snapdragon and no less than 3GB RAM. If the unconfirmed word is anything to go by, you can picture moving a stylus (probably modeled around the S Pen) around the 1920 x 1080p IPS display too. The other mentioned tidbits contain a 13MP Exmor RS camera, 2MP front Exmor R lens, 4G LTE, 32GB internal space and the ability to control your home appliances remotely thanks to the inbuilt IR blaster.

So do any of these upcoming Sony phones make you want to hold onto your wallet for a bit? It’s been widely agreed that the company seems to have already turned things around in its favor (software glitches notwithstanding) with its newest flagship. And we must say, it’s been making a better impression than ever before. What do you think? Tell us about it in the comments section below.