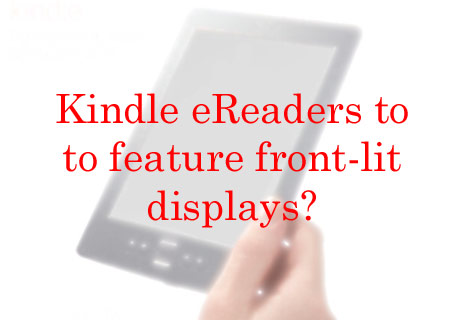 If rumors are to be believed, we’re looking at front-lit eInk displays on the upcoming generation of Kindle eReaders. To bring in this new feature, Amazon has apparently taken over a company that is so called as a ‘leader in light-guide technology.’

TechCrunch has apparently gotten a chance to spend some alone time with the device in question. And according to the report published by the website, the display with which the Kindle prototype was equipped is capable of lighting up with a blue-white glow. The illumination given out is said to be just enough to make words and letters clearly visible in surroundings with low light conditions and not as harsh as backlit LCDs employed in many devices. Well, this should eliminate the hassle behind the need for external lamps or light sources to make reading in the dark more convenient on current eInk displays.

Moving on to the device’s shape, the report states that the prototype was housed within a cardboard casing. However, the size should be similar to the current eReaders from the Seattle-based ecommerce company. So besides the addition of a front-lit eInk display, the upcoming Kindle family may just be the same, although the design might not be finalized as yet. The maker of this new lighting technology, Oy Modilis, was acquired by Amazon back in the year 2010. However, both companies have been keeping mum about the takeover.

The next generation of Kindle eReaders with front-lit eInk displays is expected to launch later this year. Price details for these devices aren’t disclosed as of now.