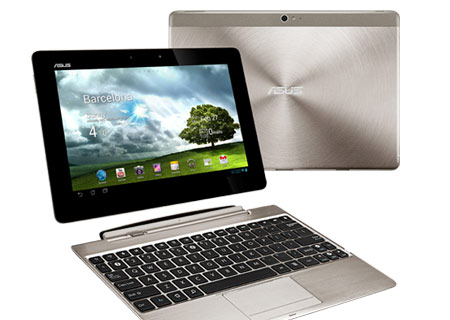 For the Infinity series, the company plans on rolling out two distinct variants, a 4G LTE one and the second with Wi-Fi support. Well, network capabilities aren’t the only differences they possess. The former device is equipped with a dual core Qualcomm MSM 8960 Snapdragon S4 Krait processor that operates at 1.5GHz and it’s most likely to deliver download and upload speeds of up to 100Mbps and 50Mbps, respectively. When it comes to the latter, Asus has adopted the quad-core Nvidia Tegra 3 processor for an enhanced application and gaming experience. 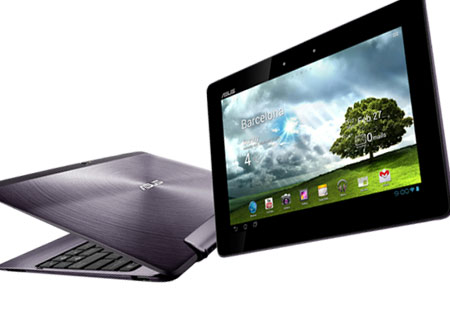 The aforesaid Asus Transformer Pad range also employs a full HD Super IPS+ display with a 1920 x 1200 pixel resolution and the SonicMaster technology. There’s a little something for photography buffs as well. The rear facing 8MP camera houses an f2.2 aperture, a 5-element lens and LED flash for capturing stills and HD videos, whilst the 2MP front snappers can be used for high definition video conferencing.

Similar to the aforementioned tablet, the Transformer Pad 300 series comes with 4G LTE and Wi-Fi options too. However, in this case, both variants are bundled with the Nvidia Tegra 3 SOC along with a 10.1-inch 1280 x 800 pixel IPS display, a 1.2MP camera and an 8MP rear snapper that houses an f2.2 aperture and 5-element lens. Through the optional keyboard dock, the overall battery life of around 10 hours is said to be extendable up to a total of 15 hours.

At present, the company hasn’t disclosed anything pertaining to the Asus Transformer Pad release date and price details for any of the upcoming devices.