Unlocked Nokia Lumia 1020 out in the US, Germany 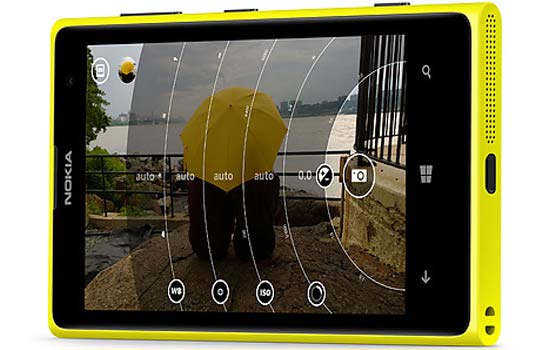 Those who fancy the Nokia Lumia 1020, but aren’t keen on picking up the smartphone with a lengthy contract, are in luck as a couple of retailers have put up price details for the SIM-free, or unlocked, version. Through this smartphone, Nokia plans on bringing the entire PureView package it launch with the 808 (review) which runs on the now-demised Symbian platform.

According to Nokiapoweruser, the SIM free Nokia Lumia 1020 can be pre-ordered in Germany for €799 through Notebooksbilliger and Nullprozentshop which is also offering the phone on EMI for 12 months at a price of €66.58. Additionally, potential buyers will be able to pick up the handset with a contract from Vodafone, T-Mobile and O2 through the former retailer.

Coming to the US, the unlocked AT&T phone can currently be booked via Negri Electronics for $735.50, asserts a post on My Nokia Blog. The smartphone isn’t much different from its predecessor in terms of specifications. It has the same 4.5-inch PureMotion HD+ screen, the same processor and a very familiar design language. What’s different here is that the RAM has doubled to 2GB and the rear camera now boasts of a 41MP image sensor. 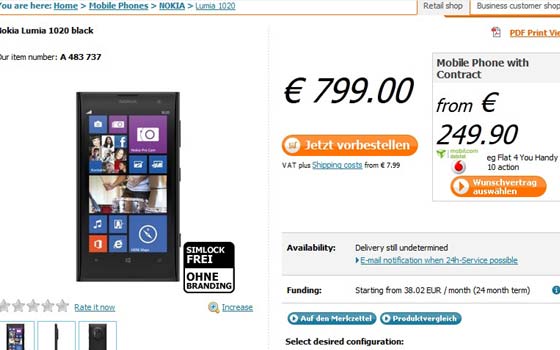 Well, the large Carl Zeiss Tessar lens on the rear isn’t the only thing to drool over. The Nokia Lumia 1020 is accompanied by a Xenon flash for better low-light images. Then there’s the Pro Camera application which provides users with the ability to manually adjust the focus, shutter speed, white balance and much more.

The Lumia 1020 is also available for pre-order in colors of white, yellow and black through AT&T for a price of $299.99 with a 2-year contract.