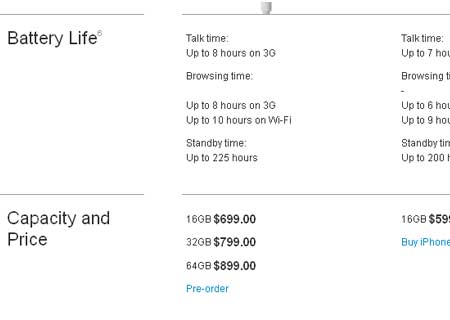 The unlocked iPhone 5 price in the US has managed to break free along with the official Canada and UK rates through Apple’s website. While users in the latter two countries are currently capable of pre-ordering the device in question, there’s no telling when it will be up for purchase for the former.

They guys over at Kogan have already disclosed the SIM-free retail rate for Cupertino’s latest generation smartphone in Australia and they’re even offering it at AU$100 less than the official retail tag. The carrier-free US pricing has been a mystery since the device’s unveiling back on September 12. And it recently appeared online through the company’s compare tool which shows the differences between the current and past generation iPhone. 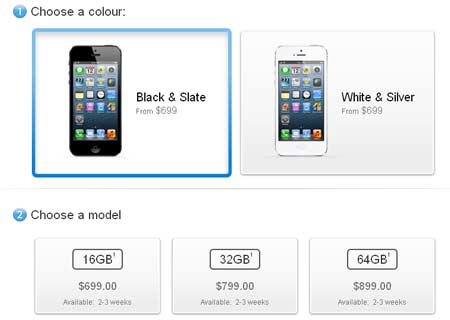 Apple was quick to take off the rates, replacing them with the current on-contract tags. On the bright side, TechCrunch has managed to snap up a screenshot of the pricing. Based on this image, the 16GB version is expected to retail for $649, while the 32GB and the 64GB variants stand at $749 and $849, respectively.

The company’s Canada and UK stores are currently offering the newest iPhone for pre-order unlocked. The price details for the same are known as well. The 16GB model is affixed with a £529 tag, the 32GB one has a £599 label and the 64GB handset carries a £699 rate in the UK. For Canada, the 16GB, 32GB and 64GB smartphones will be available for CA$699, CA$799 and CA$899, respectively. 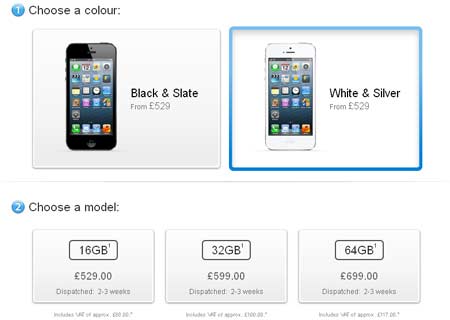 As we mentioned earlier, the unlocked iPhone 5 price in the US is known, but we’re still unaware of when the device will be available. Potential buyers in the UK and Canada can pre-order the smartphone off-contract through the Apple online store.