Unlocked Acer Liquid Z110 Duo price disclosed, up for sale in the UK 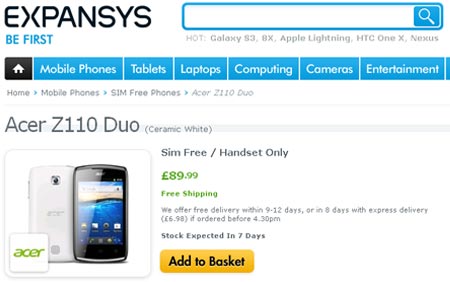 The unlocked Acer Liquid Z110 Duo that can be picked up for a price as low as £90, has hit availability status in the UK through online retailers like Expansys and Clove. While it may not be the right option for those who wish to make the most of all the latest technologies, the handset should suit potential users on the lookout for a wallet-friendly smartphone.

This Google-branded device runs the Android Gingerbread (version 2.3) mobile platform out of the box and the chances of an over-the-air Ice Cream Sandwich or Jelly Bean update being rolled out for this phone seem very slim. The OS tags along the Swype keyboard that highly simplifies typing on its touchscreen, while on the move. 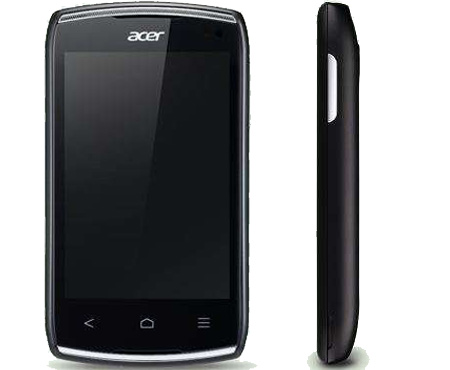 Belonging to the Liquid series from the manufacturer, this handset is available in the black shade through Clove, while Expansys stocks up on both carbon black and ceramic white versions. The stylish device has been fitted with slots to accommodate two SIM cards and is said to be capable of keeping users productive and entertained at the same time.

Its enclosure with dimensions of 110 x 61.5 x 12.25 millimeters, tips the scales at 110 grams when weighed along with the battery. Resting snugly under the hood is an MTK 6575 chipset that can clock in a maximum processing speed of 1GHz. The Liquid Z110 Duo ships with 256MB of RAM as well as 256MB of internal storage and has a dedicated slot for a microSD card to expand its memory by up to 32GB. 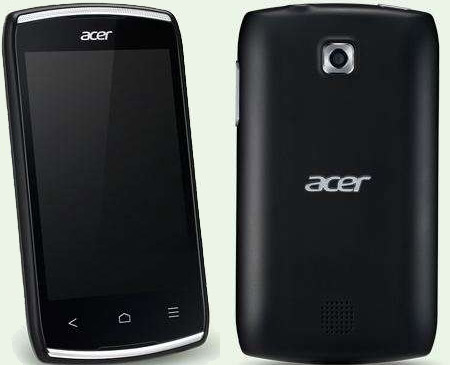 A 3.5-inch TFT LCD capacitive HVGA multi-touch display lays claim over the front panel and renders clear and vivid images in 480 x 320p resolution. Its 3MP rear-facing camera can be employed for the purpose of capturing images as well as recording videos. The Wi-Fi-enabled device employs a microUSB port and draws power from a 1300mAh lithium-ion battery.

The unlocked Acer Liquid Z110 Duo can be purchased for £110 via Clove or for £89.99 through the Expansys online store. 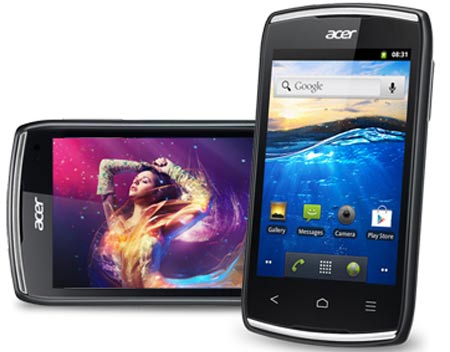