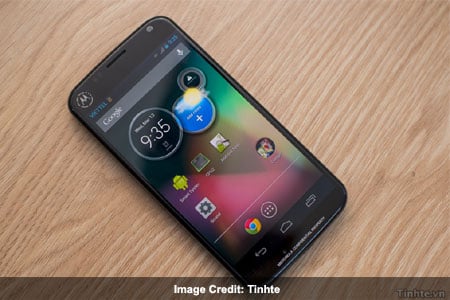 An unannounced Motorola handset has become the latest to be leaked, but those holding their breath can inhale now; it isn’t the rumored X Phone. There is no name yet attached to this device, but, from the little we have to go by, it definitely doesn’t seem like just another run-off-the-mill gadget.

The Motorola device might be interesting but chances are it isn’t the X Phone, according to Android Central. The website says that this newest leaks comes from a few folks over at Vietnamese site Tinhte who readily dismiss that it is indeed the rumored handset. But it does come along with a few specs that do not disappoint. 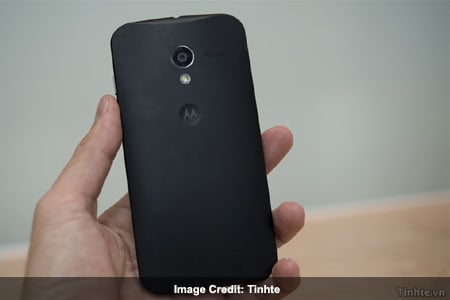 It is thought, the device will draw its steam from a Qualcomm Snapdragon S4 Pro CPU, although it is not known at what clock frequency it will be set to run. There should be a 4-inch screen offering up visuals at 720p resolution and 2GB of RAM plus an Adreno 320 GPU to keep things zippy. Most interestingly, it is rumored to be based on the Android 4.2 platform, not an inconceivable notion.

The video below is in Vietnamese, but at least it gives us a good look at the handset and what Google (allegedly) has planned for its devices. The iPhone 5 even makes a nice cameo for quick comparison. People just don’t seem to take the ‘confidential property’ warning seriously enough.

From what can be made out in the video, it has the power button on one side and what is presumably a very well-concealed, minimalistic volume rocker on the other. All that can be found on the bottom is a microUSB port, while at the top is a 3.5mm audio jack located at dead center.

The front looks a lot like the Nexus 4, but the device appears to have thinner edges giving the impression that the screen takes up more of it. And the camera on the back arguably closely resembles the ones seen on HTC handsets. The back panel has a curved appearance and sports a speaker as well. 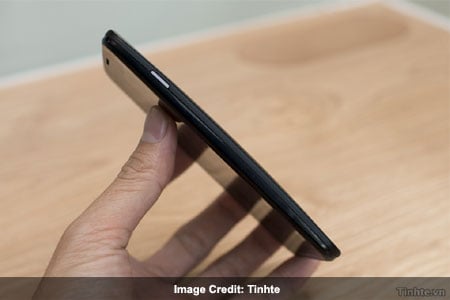 The device has apparently been given the model number XT912A and Google’s command over it can be clearly seen. Regarding the X Phone, we’ll have to keep waiting for more on that to surface.

Specifications known so far of the unannounced gadget: