The Idea Ultra 3G smartphone, the first 5-inch device from the company has hit markets in India for an extremely wallet friendly price of Rs 10,500. The device offers all that people look for in a potential mobile companion such as a huge touchscreen, a quad core processor and 3G compatibility amongst a number of other things.

An advantage of opting for the device is that you get 3G data along with Idea TV free of charge for three months if you activate a pack priced between Rs 259 and Rs 261. This gadget comes drenched in the shade of glossy white and has to compete with phones such as Canvas Turbo, Ultrafone Amaze 701, Spice Pace 3 and many other similar phablets. 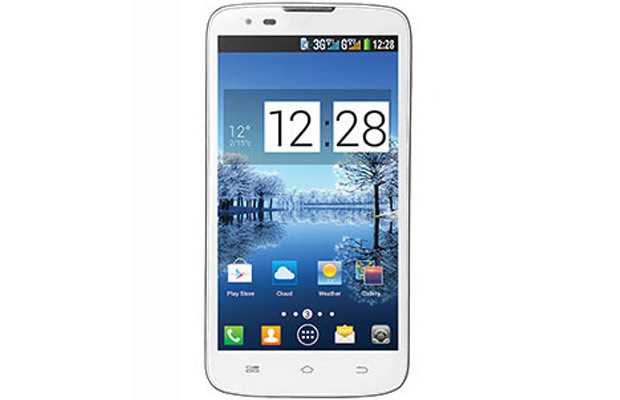 The first thing that greets you as soon as you set your eyes on the phone is its capacitive IPS touchscreen which takes up most of the space on the front side and delivers 480 x 854p resolution. This display is accompanied by some essential sensors and a 0.3MP camera for video calling purposes. As for the primary snapper, an 8MP one with LED flash rests on the rear side and boasts of being capable of clicking 90 continuous shots of moving objects.

And if that’s not enough, the Idea phone based on Android Jelly Bean brings common connectivity features like Bluetooth and Wi-Fi and crams in a 1.2GHz chipset, 512MB of RAM, 4GB onboard memory expandable up to 32GB and a 2000mAh battery. It provides talk time of close to 3 hours in the 3G mode on a single charge.