Ubuntu for tablets revealed, Nexus 7 and 10 first to get the goods 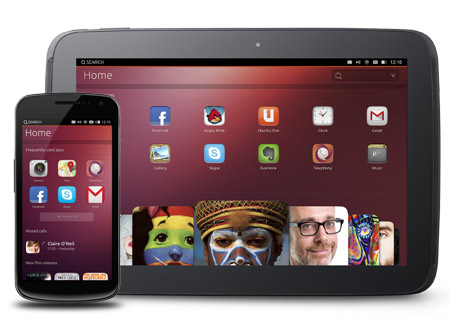 Canonical has introduced yet another platform, Ubuntu for tablets, which places ease of multitasking as its prime objective. The latest version is the fourth installment in the company’s roll out strategy which aims to get the desktop OS mobilized on various devices including TVs and smartphones.

As applicable in the mobile version, apps created to run on Ubuntu for tablets will be compatible with various other form factors as the same system and services are incorporated as the base of all variants. In addition to being visually presentable, the OS permits enhanced multitasking by allowing users to run a phone and slate application on the screen at the same time, owing to the side stage attribute. 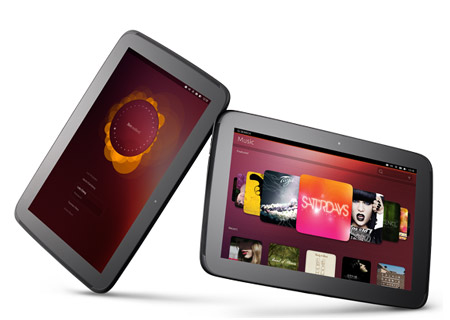 And where security is concerned, the platform supports multi-account support. This in return, enables data encryption and packs in the company’s trusted security model. Similar to its mobile counterpart, the firmware’s UI is designed for smooth navigation through simple gesture swipes from the screen edges. The added perks here are that manufacturers aren’t obligated to include physical or soft buttons, hence eliminating clutter and providing a full touch experience.

Devices with high-end components will benefit from greater features apart from what we’ve already listed out. One of the main attributes is a full PC UI when the slate is docked with a keyboard. The OS supports devices with screen sizes from 6 to 20 inches and pixel densities of 100ppi to 450ppi. Those interested in witnessing the new platform first hand can have it flashed to their Google-branded slabs at the MWC 2013 next week. 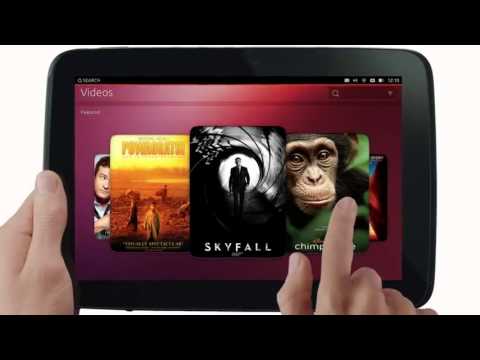 The preview release of Ubuntu for tablets will be available for download starting tomorrow along with the beta version for the Nexus 4 and Galaxy Nexus smartphones. Both, images and the source code will be hosted on the developer.ubuntu.com website tagging along installation instructions. The latest OS is said to be compatible with the Nexus 7 as well as 10 slates and the SDK will be updated to support tablet apps in addition to phone applications. 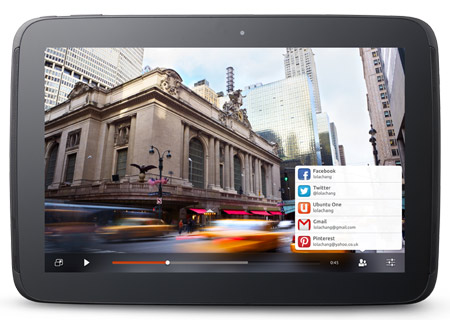