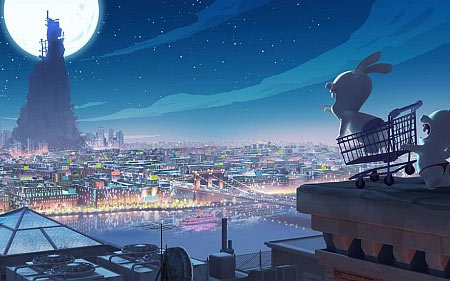 Rabbids comes out with its first standalone title. That’s right! Ubisoft makes public the launch of the debut standalone brand of the Rabbids Go Home comedy adventure for this holiday season.

While the Rabbids managed to garner plenty of accolades, gamers can now gear up for some more adventure. Adding in an element of fun, the upcoming title will take gamers through some hilarious adventures.

Taking gamers through a funny voyage that comprises of the Rabbids all-new universe, the title is now based on a new engine. The engine has been specifically designed to suit the needs of Nintendo’s Wii home video game system.

Raved all over the world, the Rabbids have sold nearly 6.5 million copies of their thrilling adventures. The brand is even known to have kept the web terrain in splits by featuring in their own series videos.

The makers believe that the next most practical step for the Rabbids was to come up with their own games. Passing on their contagious insanity to the gaming world, the Rabbids now hope to get back to their Rabbid home through this humorous adventure game.

There’s no word yet on the exact availability or pricing of Ubisoft’s forthcoming title.