The name behind the Aakash tablets, Datawind, has just come up with three new Android slabs called the UbiSlate 7CX, 3G7 and 9Ci. And guess what they have in common? That’s right, they’re all under Rs 7,000 ($113).

The 7CX feature a 7-inch capacitive touchscreen, Cortex A8 1GHz processor and 512MB of RAM. There’s 2GB of flash memory and no camera to be found onboard. The device runs on Android Ice Cream Sandwich and only handles 2G networks. 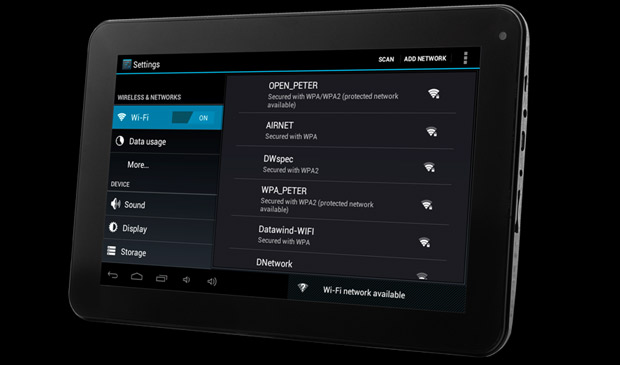 The name gives away the fact that we’re talking about a 3G capable tablet here. The 3G7 rides on Android ICS 4.0.4 and sports a front VGA camera as well as a rear 2MP one. It plays host to a 7-inch display, 1.2GHz Cortex A8 chipset, 4GB flash memory and 512MB RAM.

Apart from letting users surf the web at 3G speeds, this UbiSlate also enables Wi-Fi and Bluetooth connectivity. Although the three Datawind tablets may fit into the 7-inch category, none are in the same league as the Kindle Fire or Nexus 7. The price difference alone is a good indicator of that. 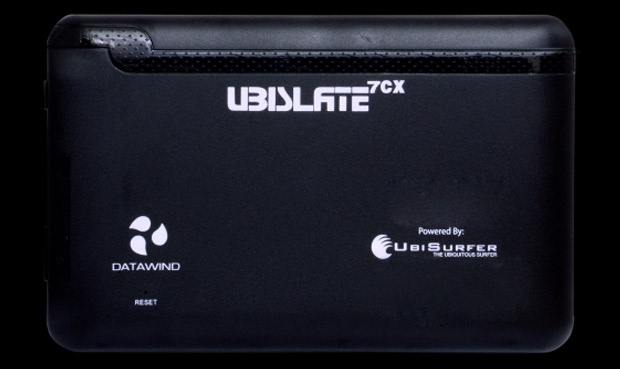 Still looking out for a cheap 7-inch tablet? The last one in line is the 9CI with its 9-inch capacitive screen, 1GHz Cortex A8 processor and plain old Wi-Fi support. You get an upgrade to Jelly Bean 4.1 here and 4GB onboard hoarding space. A front VGA camera and 512MB of RAM may also be worth calling out from the specs sheet.