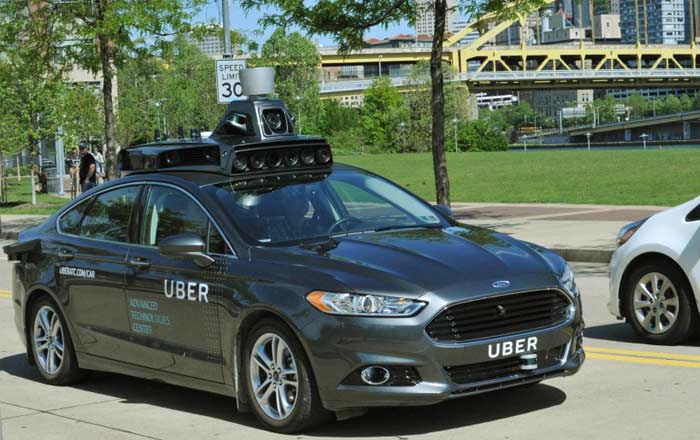 Getting into the self-driving car game now is Uber which has finally spoken publicly about an autonomous vehicle of its own. It’s a hybrid Ford Fusion which will begin testing its abilities on the streets of Pittsburgh in the coming weeks.

This prototype is in its very early stages of development and will initially be used by Uber for collecting mapping data in Pittsburgh. While it will indeed be self-driving, a trained driver will always be in the driver’s seat to monitor the operations.

This test car has been built by Uber’s Advanced Technologies Center (ATC) in Pittsburgh. It has been revealed to feature a large number of sensors including radars, laser scanners and high resolution cameras to properly map the environment.

Uber has stressed on the fact that self-driving cars are indeed the future, hinting that something big is on the cards in the years to come. It has said that such vehicles have the potential to save millions of lives and improve the quality of life for people around the world.

With its main rival Lyft having gotten into the game of self-driving cars as well, Uber is definitely feeling the heat right now. Plus, there’s Google which although not a direct competitor has made tremendous strides in the field of autonomous vehicles already.

The search giant even gave Uber and Lyft something to think about by piloting a carpooling service of its own, using its Waze app. If this project grows in the near future, it could really give Uber and others a run for their money.

The technology of autonomous cars is pretty nascent at this moment, and we imagine there’s still a long time to go until we’ll actually be able to hail a self-driving Uber.