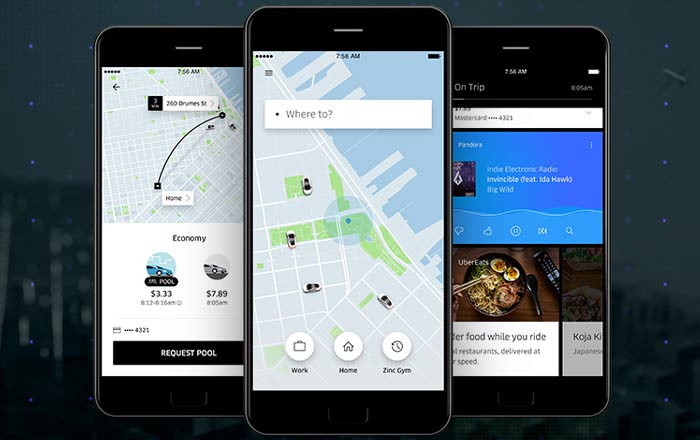 Uber’s rolled out a major new update for its app which offers a completely redesigned look from the ground up. The application was in dire need of an uplift considering its last revamp was all the way back in 2012.

Uber’s mobile app started out simple but grew into a chaotic mess with an avalanche of options and confusing UI which made it harder to navigate. The fresh look is supposed to dish out information instantly and focus on users, serving up a customized style centered on the question ‘Where to?.’

Frequent riders will now begin seeing shortcuts which predicts where they want to go based on the time and location, making way for one-tap travel. They’ll also be able to sync their calendar with Uber so that their meetings and appointments automatically show up as the aforementioned shortcuts.

Of course, these new additions will mean sacrificing a certain degree of privacy since Uber will have access to a treasure trove of information regarding a person’s daily routine. If that’s not an issue, the company is also introducing a feature which treats people as destinations.

Also Read: Uber now lets you call cabs without the app, book rides for others

To activate this ability, customers will have to share their contacts with Uber and type in the name of the person they’re trying to reach. The application is supposed to get in touch with that person via a note requesting them to enter their current location. Once they do so, the user will be able to catch a ride in their direction.

Uber is further looking to make the actual process of deciding which type of taxi to book easier. It’ll now present upfront costs for all available options to make choosing one easier. uberPOOL and uberX will additionally tell people when it expects them to arrive so they can work out their schedule accordingly.

Finally, Uber has tied up with a number of third-party firms such as Yelp, Foursquare, Pandora, and Snapchat. The goal is to make it possible for individuals to do things like browse restaurant reviews, order food, or stream music straight from the Uber app without having to visit multiple applications.

Uber is rolling out its updated app all over the world over the course of the next several weeks. You can download it via the App Store or Play Store.