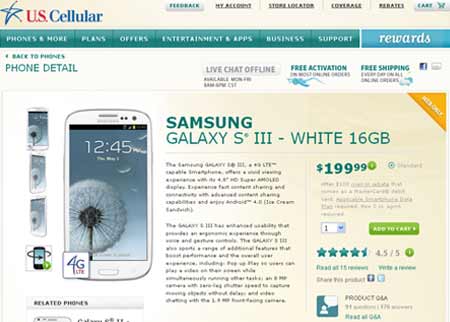 It turns out that prospective users in the US will not have to wait any longer for the U.S. Cellular Samsung Galaxy S3, as it has finally been released. The phone can also be picked up from some other service providers such as T-Mobile, AT&T and Verizon Wireless.

Currently, the network operator in question has stocked up only on the 16GB version of the phone, which can be purchased via the official website. It should be made available through retail stores before the end of this week. The 32GB variant is yet to drop anchor and should hit store shelves a few days after the former. Select U.S. Cellular stores are likely to start selling the smartphone from this Friday itself.

As is pretty clear by now, the US-bound device has dropped the Exynos quad core CPU and adopted the dual core Qualcomm Snapdragon S4 chipset that processes at a speed of 1.5GHz. Featuring 2GB RAM, the phone should allow users to multitask on the move and experience an intuitive interface, thanks to the Ice Cream Sandwich platform that is tweaked with the latest version of TouchWiz. 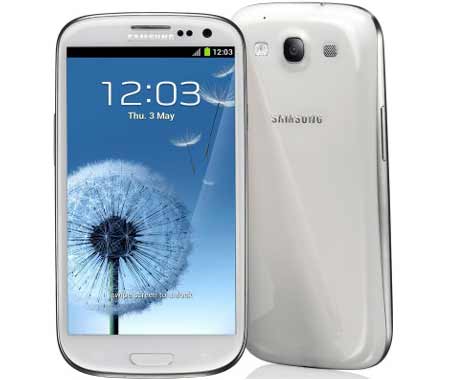 The front panel of the third generation Galaxy S smartphone accommodates a Super AMOLED screen, providing a multi-touch real estate of 4.8 inches. This high definition display reinforced with Corning Gorilla Glass, can render visuals in 1280 x 720p resolution. Powered by a 2100mAh battery, the device comes armed with an 8MP rear-facing camera as well as a 1.9MP front-mounted imager for video calling purposes.

The U.S. Cellular Samsung Galaxy S3 price and availability details have been chalked out already. Price tags of the 16GB and 32GB variants read $199.99 and $249.99, respectively after a $100 mail-in rebate each. Needless to say, it requires a two-year customer agreement and qualifying data plan.