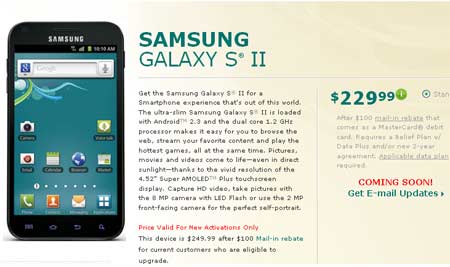 The U.S. Cellular Samsung Galaxy S II has finally geared up for arrival in the U.S. through this particular service provider. Although the carrier has announced the upcoming availability of the Android smartphone, the exact release date is yet to be revealed.

The Gingerbread powered handset acquires multitasking properties from a 1.2GHz dual core Samsung Exnyos C210 processor. Its front panel is dominated by a Super AMOLED Plus multi-touch display that should make for an enhanced viewing experience. The device’s support for Swype technology adds to the intuitiveness and facilitates sending quick texts as well as picture messages. The Galaxy S II comes equipped with an 8MP camera featuring LED flash, which is capable of recording HD videos.

“The Galaxy S II is the ultimate phone for people looking to simplify and organize their lives. The features combined with U.S. Cellular’s unique benefits, like our Battery Swap, make it the go-to device for customers who depend on their smartphone to keep up with their busy schedules,” stated Edward Perez, vice president of sales and marketing operations for U.S. Cellular. 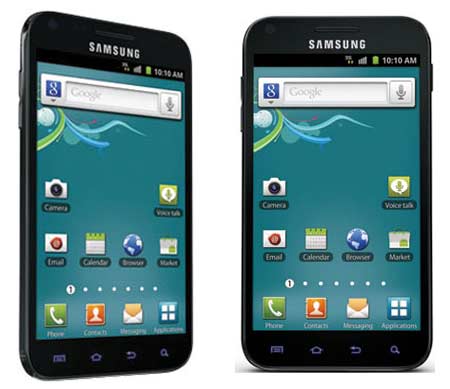 Besides letting users launch multiple applications at the same time, the device should keep them entertained while on the move. This multimedia ready Samsung handset also extends support to high definition games and various other applications. It ships with 16GB onboard memory and an expansion slot for accommodating a microSD card of up to 32GB capacity.

The U.S. Cellular Samsung Galaxy S II price is tagged at $229.99 after a $100 mail-in rebate along with a two-year customer agreement and monthly data plan. All we know about the availability status of the phone is that it is ‘coming soon.’