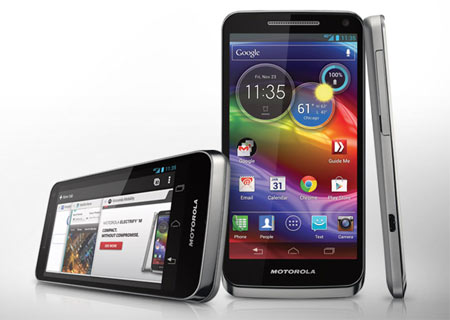 The Motorola Electrify M has been announced to carry a sub-$100 price tag, while its release date through U.S. Cellular is scheduled for next week. This 4G LTE enabled handset is said to feature a virtually borderless display giving users a more larger-looking screen, sans the extra bezel.

Much like the latest Razr family, the Electrify M features a rugged form factor that’s immune to scratches, scrapes and scuffs as well as water and other liquids. The 4.3-inch Super AMOLED Advanced display is layered with Corning Gorilla Glass, while the exterior sports a splash guard coating. The innards comprise of a 1.5GHz dual core processor that does all the heavy lifting and a 2000mAh battery to get all components up and running. The Android Ice Cream Sandwich platform runs the show and Motorola has promised an upgrade to Jelly Bean. 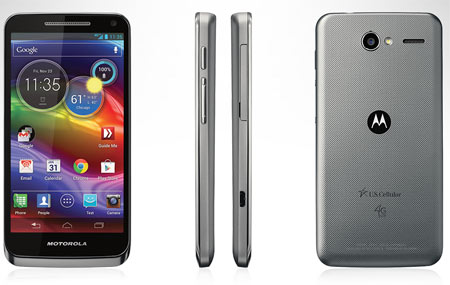 Other features incorporated here include NFC, Google Chrome, an 8MP rear camera with HDR and a 1.3MP front-facing snapper. Users will have access to over 675,000 apps and games as well as a wide catalog of songs and books through Google Play. And with Voice Actions, they’ll be able to conveniently send text messages, make calls, play music and get directions without lifting a finger.

The Motorola Electrify M can be picked up through U.S. Cellular for $99.99 after a $100 mail-in rebate. This plan is limited to 4G LTE markets only, while the handset will sell for $149.99 after the mail-in rebate elsewhere. Potential buyers can purchase the device online starting November 8 and it’s expected to reach retail stores a day later.