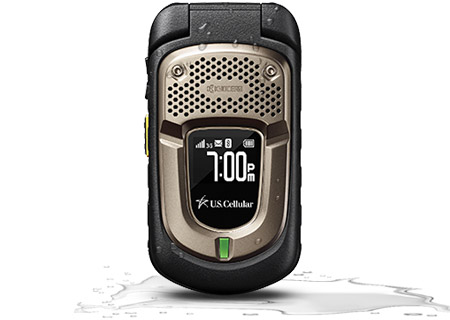 The Kyocera DuraPro release date via U.S. Cellular has been revealed and after a $50 mail-in rebate, the rugged device will be made available for a price of $99.99. We just saw another toughened handset called the Torque which has even received the approval of British explorer Bear Grylls. This one too gets some military standard certification and is targeted at those who are looking for a really tough flip phone to get started.

The device is waterproof, dust resistant, and shockproof, and it can cope with certain levels of vibration (810G military standards). It has been encased in non-slip material and can survive being immersed in one meter of water for about 30 minutes. It doesn’t have high-end features, but rather focuses on staying alive when faced with a variety of outdoor conditions. 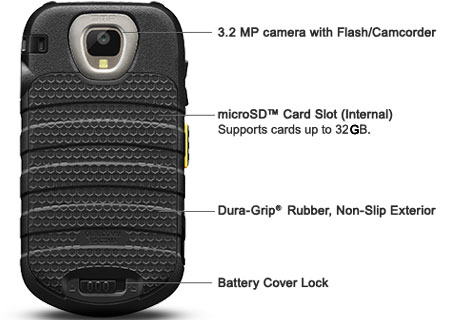 A 2.0-inch QVGA TFT display acts as a primary screen, while a secondary external 1-inch monochrome display draws attention to notifications. While a QSC6085 chipset drives operations, we don’t have details on RAM and internal storage, although memory can be expanded by up to 32GB through a microSD card.

There are a few business-oriented features as well. These include pre-installed email, browser, and navigation applications, while browser-based email is also accessible. In terms of connectivity, the device gets Bluetooth 2.0 + EDR and can even deliver GPS information to users. It has a 2.5mm jack but gets an adapter accessory to convert this to a 3.5mm jack. 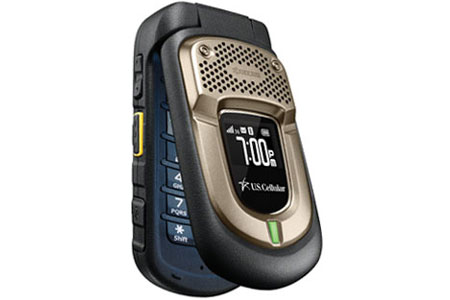 A 3.2MP camera with flash capable of video recording has been fitted onto the handset and its 1,360mAh battery is said to keep it going for a talk time of up to 8 hours or a standby time of about 200 hours on a single charge. A few other highlights include a powerful speakerphone, voice-activated dialing which is independent of the speaker, large fonts for menus, hearing aid compatibility and a programmable hot key on the side.

The Kyocera DuraPro is scheduled to be released online tomorrow, February 27, 2013 on U.S. Cellular and will be available in stores a day later, on February 28. 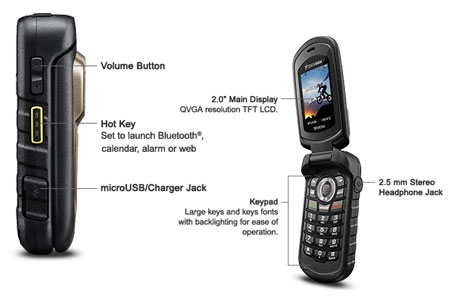 A few specifications of the rugged handset have been listed out below.