WhatsApp quietly rolled out a new feature recently which has raised hell into the lives of a large number of people from around the world. As if the ‘Last seen at’ tag wasn’t enough, the app now provides you a way to check if the recipient has read your message or not. 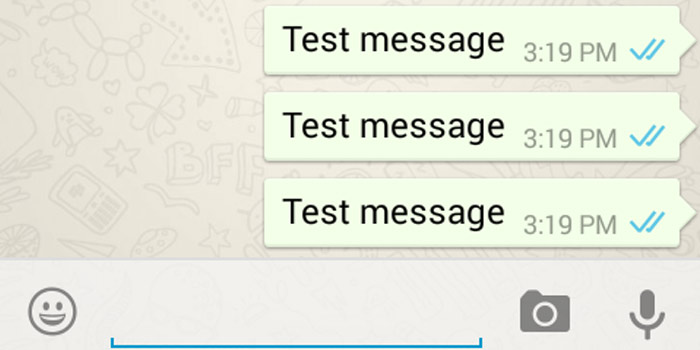 Prior to this, the ‘Last seen at’ function was one way to find out if a person has read your messages, but there were a few ways to bypass this feature that included going in Airplane mode before reading the message or just peeking at it through the notification tray.

Peeking from the notification tray still works the same way, so the blue ticks won’t appear if you’ve read the message because you haven’t entered the app yet. This being one way to avoid the feature, it’s only usable if a small number of messages are lying unread.

If you prefer keeping a large number of messages unread, you can set up a widget of the app on your homescreen. This unfortunately, only applies to Android devices. The widget will let you take a look at your incoming messages, without technically entering the app.

So there you go with two ways that you can avoid the dreaded blue ticks on WhatsApp. If you have any of your own suggestions, do make sure to post them in the comments down below.